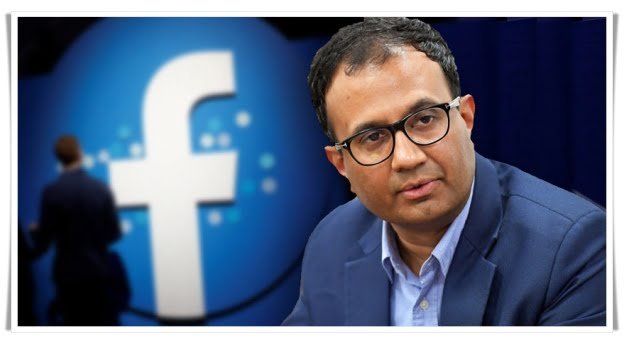 New Delhi: The Supreme Court on Thursday filed a petition by Facebook India Vice President and Managing Director Ajit Mohan against the summons issued by the Peace and Harmony Committee of the Delhi Legislative Assembly. rejected.

In fact, the assembly had asked Mohan to appear as a witness in a case related to the riots in North-East Delhi last year, but he did not do so. Thereafter summons was sent to him.

A bench of Justices Sanjay Kishan Kaul, Dinesh Maheshwari, and Hrishikesh Roy termed Mohan’s plea as immature and said nothing had happened against him before the Delhi Assembly. Justice Kaul, while pronouncing the judgment, observed that digital platforms have arisen in this age of technology, which can be uncontrollable at times.

The bench delivered this judgment on the plea of ​​Mohan, Facebook India Online Services Pvt Ltd, and Facebook Inc. It was said in the petition that the committee does not have the power to summon the petitioners in case of violation of its privileges. It is outside its constitutional limits.

The top court said the option of not replying before the committee cannot be disputed and the petitioner’s representative can refuse to answer the question if it falls within the prescribed limits.

The bench said that the Legislative Assembly does not have the power to make laws on the subject of law and order. This subject comes under the federal list in the Constitution. The matter of peace and harmony goes beyond law and order and police. He had challenged the notices issued by the committee on September 10 and 18 last year. In these, Mohan was asked to appear before the committee. The committee is probing the role of Facebook in spreading alleged inflammatory speeches during the Delhi riots.

The Delhi Assembly, in an affidavit filed in the apex court, had said that no summons for breach of privilege has been issued to Mohan. During the arguments before the top court, Mohan’s counsel had said that the Assembly has no legislative power to constitute a committee to examine the issue of peace and harmony.

Senior advocate Harish Salve, appearing for the Facebook official, had submitted that setting up of a peace committee is not the main function of the Delhi Assembly as law and order issue comes under the jurisdiction of the Center in the national capital. Senior advocate AM Singhvi, representing the assembly committee, had said that the assembly has the right to issue a summons.

However, Solicitor General Tushar Mehta opposed the summons to the Assembly, saying that law and order were entirely under the jurisdiction of the Delhi Police, which was accountable to the central government.

On October 15 last year, the Center had told the apex court that the proceedings of the Peace and Harmony Committee did not come under its jurisdiction as the issue pertained to law and order. The top court had said its September 23 last year order not to take any coercive action against Mohan would stand.

You are one of the important examples of the spirit of New India, PM...

20/08/2020/7:42:pm
New Delhi: Prime Minister Narendra Modi wrote in a letter to Mahendra Singh Dhoni after his retirement from international cricket that the former cricket...

Government increased import duty on gold by 5% in one stroke, gold prices will...

02/08/2020/10:41:am
New Delhi: The speed of Coronavirus is growing rapidly in the country. Today, patients infected with Corona in the country have crossed the figure...

Record sale of Xiaomi MIX Fold 2,Sold Out in 5 minutes...