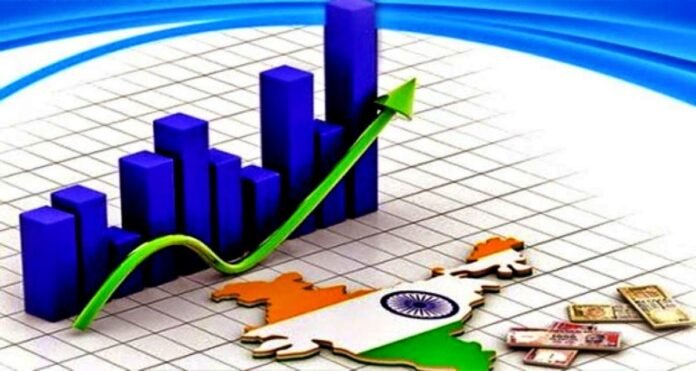 New Delhi: In the Ecowrap report of the country’s largest lender State Bank of India, it has been said that despite the sharp improvement after the second, the Indian economy is still behind by Rs 3.2 lakh crore from the previous level. Last year, during April-May, the country’s economy was hit by Rs 11.40 lakh crore in the first half of the financial year 2020-21 due to complete lockdown across the country and partial restrictions in July-September 2020.

SBI said that after this the country’s economy moved towards improvement. Due to this, Rs 8.2 lakh crore was offset in the first half of the financial year 2021-22. In this way, Rs 3.2 lakh crore is still needed to compensate for this loss in Gross Domestic Product (GDP). At the same time, SBI has said that during the current financial year, the growth rate of the country’s GDP will be above 9.5 percent, more than the Reserve Bank of India (RBI) estimate.

India Ratings-Moody’s also projected more than 9%
Leading rating agency India Ratings has estimated that the country’s economy will grow at 8.3 percent in the July-September 2021 quarter, while the GDP growth rate for the entire fiscal year 2021-22 will be 9.4 percent. At the same time, rating agency Moody’s Investors Service (Moody’s) has predicted a strong recovery in economic growth in India. The rating agency has expected the GDP growth forecast for the financial year 2021-2022 to be 9.3 percent, while the country’s GDP growth in the financial year 2022-2023 (FY23) has been said to be 7.9 percent.

Saturn direct is going to have an effect on all 12 zodiac signs, know-how...

14/10/2021/2:04:pm
Shani Dev(Saturn) is transiting in Capricorn. The special thing is that Dev Guru Brihaspati( Jupiter) is also placed in Capricorn along with Saturn. The...

What is TRP, what is its role in making TV channel number one, know...

11/10/2020/12:16:am
The Television Rating Point (TRP) has become a topic of discussion following the sensational revelations by Mumbai Police Commissioner Param Bir Singh. At a...

tension and Confusion over putting India on ‘Red List’

21/04/2021/10:52:am
London: Confusion and tension between hundreds of Indian students and families of Indian origin living in the UK over the inclusion of India in...

17/08/2020/10:29:am
Wellington: New Zealand Prime Minister Jacinda Ardern announced on Monday to postpone the general elections in Auckland for four weeks in the wake of...