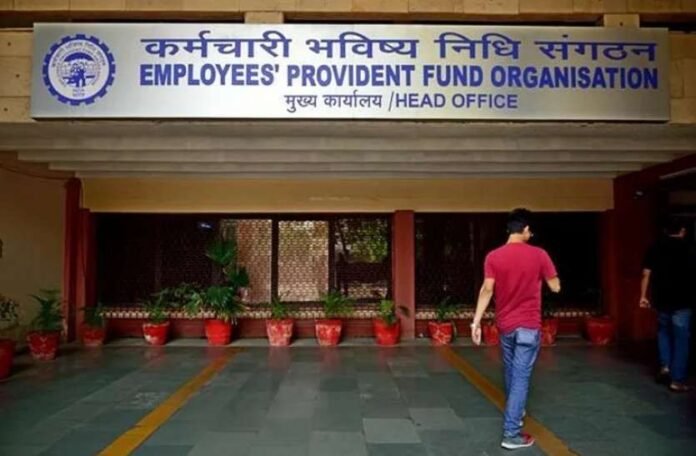 EPFO: The country’s economy has been affected by the Coronavirus epidemic. Many banks have reduced their interest rate after the Reserve Bank of India (RBI) cut the repo rate. Now employed people are going to get another shock. According to the report, the Employees Provident Fund Organization (EPFO) is also going to cut interest rates.

The interest rate offered by EPFO ​​on PF was 8.65 percent, which was reduced to 8.50 percent in March 2020. According to Business Standard news, the rate of interest by EPFO ​​can be reduced from 8.5 percent to 8.1 percent. Due to the constantly decreasing returns on investment, the interest on provident funds is being considered to be reduced and if this happens, it will give a shock to 6 crore EPFO ​​members.

A decision in this regard will be taken at an upcoming meeting of the committee of Finance, Investment and Audit Department of EPFO. In the first week of March, the interest rate was reduced to 8.5 percent but the Finance Ministry has not granted this approval. The Ministry of Labor can declare it only after the green signal of the Finance Ministry.

In March, due to the Corona crisis, the government announced a relief package for PF, which provided relief to both employees and employers. For three months, the share of both in PF was reduced to 10 percent from 12 percent. It is believed that due to the low amount of PF due to this, the interest rate is being cut by EPFO.

EPFO settled 351 million claims for Rs 11540 crore in April and May, of which around 15,50000 claims were from Covid-19 Advance, under which Rs 4580 crore was given. In this difficult time, due to the Covid-19 advance, the EPFO ​​members got a lot of help, the members whose salary was less than 15 thousand rupees per month, got the benefit of this advance.

‘Bad Bank’ is not only necessary but also unavoidable in the current situation: Subbarao

Facebook said, Rules will be accepted, some issues going on

30/09/2020/8:50:pm
New Delhi: The Union Ministry of Home Affairs has released its 5 guidelines on Wednesday. In Unlock 5, the government has given permission to...

Desi corona vaccine may be available by the end of the...