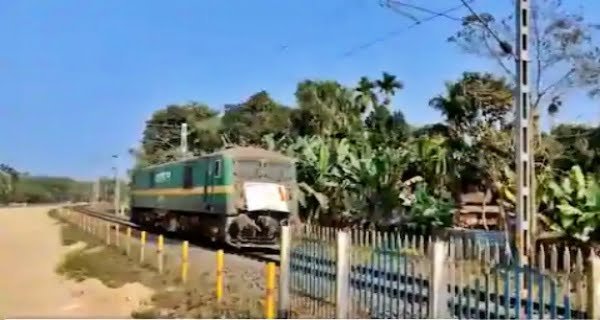 New Delhi: Indian Railways has successfully completed the trial run of an electric locomotive in the northeastern state of Assam for the first time. This will help the Indian Railways in electric rail connectivity in the far northeast parts of the country. Railway Minister Piyush Goyal gave this information via tweet.

Rail Vikas Nigam Limited (RVNL) has operated this trial run. RVNL said on Twitter that the trial was completed on 18.02.2021 between Bongaigaon-Sorupeta. Currently electric traction work is being done from New Jalpaiguri (NJP) station in West Bengal state.

This is not the first time that the railways have tried electric rail engines. Earlier, the trial run of electric locomotive (rail engine) between New Cooch Behar to Jalpaiguri Road in West Bengal was successfully done on 19 November. In October 2020, Chittaranjan Locomotive Works (CLW) introduced the first batch of aerodynamically designed WAP5 passenger electric locomotives. Electric rail engines are environment friendly, non-polluting and their maintenance cost is lower than other rail engines.

16/07/2020/8:37:pm
Mumbai: Bollywood superstar Amitabh Bachchan is fighting a battle with Coronavirus these days. He is admitted to Nanavati Hospital in Mumbai. Ever since Amitabh...