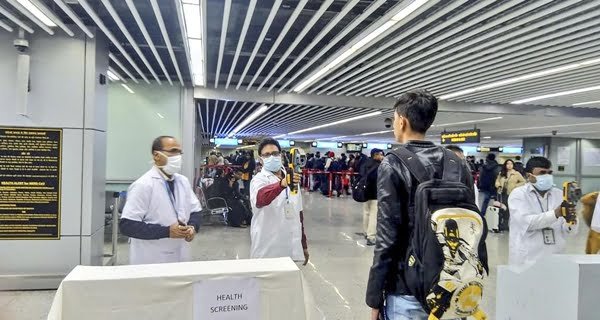 New Delhi: Due to Coronavirus, the strict investigation is being done at all the airports of the country these days. Travelers coming from abroad are allowed to exit only after screening. Such passengers are also kept in the Quarantine Center for 7 days. Whereas for the next 7 days they have to remain quarantined at home. But in the midst of all this, a surprising incident has come to light from Delhi’s Indira Gandhi International Airport. The 72-year-old men who returned from Kazakhstan left the screening and fled from the airport.

According to the English newspaper Hindustan Times, these elders reached Delhi on Saturday under the Vande Bharat Mission. He was not there when officials called his name for screening at the airport. IGI Airport Deputy Commissioner of Police Rajiv Ranjan said that he received information from the Magistrate Office of Yamuna Vihar that a resident of Dilshad Garden was missing from the entry gate of Terminal 3 screening hall of the airport. Police said that he deliberately did this to avoid the screening process.

Later a police team reached Dilshad Garden in search of him. But he was not there. Later, when police searched CCTV footage, it was found that he was in his daughter’s house in Idirapuram, Ghaziabad. After this, on Sunday evening, a team wearing PPE kit was sent to bring them to them. The elderly argued that he is ill and he has been given 14 days home quarantine by the Health Department.

However, later Deputy Commissioner of Police Rajiv Ranjan said that he did not know about the quarantine and screening. Meanwhile, a case has been registered against him. According to the law, they have sections 188 (for violation of government order) of IPC, 269 (acting negligently to spread infection of life-threatening disease) and 270 (possibility of spreading infection of fatal life-threatening disease) ) Has been registered under the case. After the quarantine is over, he will be arrested for questioning.

03/02/2023/1:47:pm
TrekNomads Foundation and the Suriya Foundation distributed over 400 blankets to the needy across Bengaluru. Flag off event was held at the BBMP head...