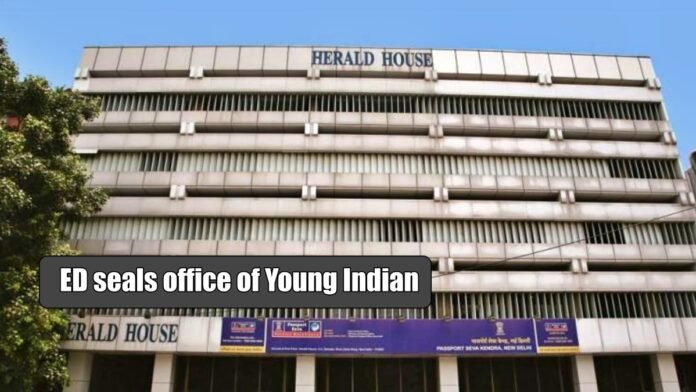 New Delhi: The Enforcement Directorate (ED) on Wednesday temporarily sealed the Young Indian’s office at the Congress-owned National Herald office in Delhi. Official sources said the action was taken in connection with the probe into the money laundering case by the ED.

He said the office has been temporarily sealed to “preserve the evidence”, which could not be collected during Tuesday’s raid due to the absence of authorized representatives. The rest of the National Herald’s office is open for use, sources said.

He said the ED has pasted a notice outside the office of Young Indian, which has the signature of the investigating officer. It is written in the notice that this office cannot be opened without the permission of the agency. Officials said that the ED team had sent an e-mail to the principal officer/in-charge of the office to open the premises for raids, but the reply is still awaited.

16/07/2020/8:37:pm
Mumbai: Bollywood superstar Amitabh Bachchan is fighting a battle with Coronavirus these days. He is admitted to Nanavati Hospital in Mumbai. Ever since Amitabh...