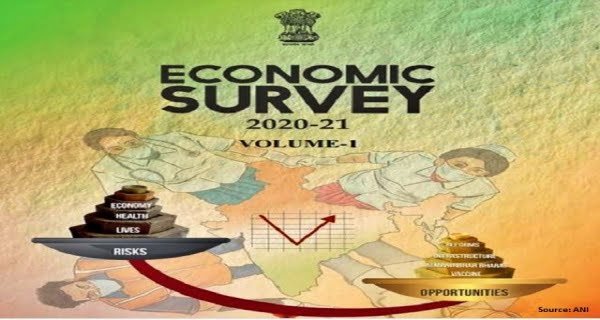 New Delhi: Amidst the corona epidemic spreading across the country, sluggishness has been seen on the economic front. Tax relief is expected in this time of the year to give a boost to the sluggish economy. Experts believe that the government should focus on increasing expenditure and tax exemption without worrying about its fiscal deficit. Finance Minister Nirmala Sitharaman has presented the Economic Survey today, in which she hopes to see a good bounceback in the Indian economy.

Let me tell you, this survey is about adopting an active fiscal policy. In addition, counter-cyclical policy should be adopted to accelerate economic growth.

Tax deductions should be made
In addition, the survey says that instead of worrying about the fiscal deficit, one should consider how to move the economy forward. The government should increase its expenditure and increase its capital expenditure so that it can increase its revenue next year. There is also talk of tax cuts. So that the common people have more money to spend and the demand increases.

The government is relaxed on the front of the fiscal deficit
In addition, the economic survey says that if the economy slows down, the government should be relaxed on the fiscal deficit front. In the Economic Survey, the Finance Minister said that emphasis will be laid on measures to increase investment. In addition, lower interest rates will increase business equity. At the same time, the epidemic has been brought under control since the advent of the corona vaccine. The Finance Minister said that further concrete steps have to be taken for economic recovery, after which the Indian economy will bounce back from the effects of the coronavirus.

What is an economic survey?
The Economic Survey is a kind of official report on the economy of a country. It is usually presented one day before the general budget. This year, Finance Minister Nirmala Sitharaman will present it in Parliament on Friday, i.e. today, three days before the presentation of the general budget.

Link for the full document:

08/04/2021
Chandigarh: As heat increases, incidents like fire are also seen in the country. On one hand, on Wednesday and Thursday, there were many incidents...

05/09/2020
Bangalore, Karnataka: Würfel has presented the Most Innovative Kitchen award 2020 at the IKC annual awards. The award was bestowed for the Pulse Series,...