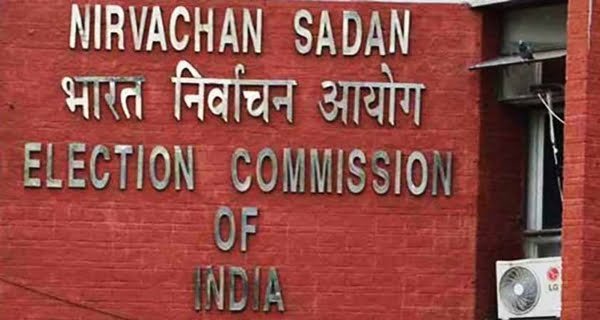 New Delhi: The Election Commission has deferred the bye-election of seven assembly constituencies and one parliamentary constituency till 7th September this year.
The decision has been taken in light of the COVID-19 pandemic and flood in some parts of the country. The seven assembly constituencies include Sibsagar in Assam, Thiruvottiyur, and Gudiyattam in Tamil Nadu, Agar in Madhya Pradesh, Bulandshahr and Tundla in Uttar Pradesh and Chavara in Kerala. The Parliamentary Constituency where the bye-poll stands deferred till 7th September is Valmiki Nagar in Bihar.

The Election Commission has said that the election at these constituencies will be conducted as soon as the conditions become conducive.

In addition to these eight seats, bye-polls for 49 more assembly seats are to be held in the country for which the commission has clarified that the polls will be conducted as per the provisions of the law. It said, further details regarding schedule of the elections will be discussed in Commission’s meeting which is likely to be held tomorrow.

06/12/2022/10:05:pm
Mumbai: The country's longest Expressway Mumbai-Delhi Expressway is getting ready fast. This expressway between the two capitals will reduce the travel time from about...

22/12/2021/1:05:pm
Vienna: The top World Health Organization official in Europe on Tuesday asked governments to be prepared for a 'huge jump' in coronavirus cases across...

America and Europe’s strategy seems to be failing to stop Putin, now what next?

05/03/2022/2:33:pm
Washington: Despite imposing unprecedented sanctions on Moscow in support of Ukraine, Western countries have failed to stop the Russian offensive. Even the situation is...