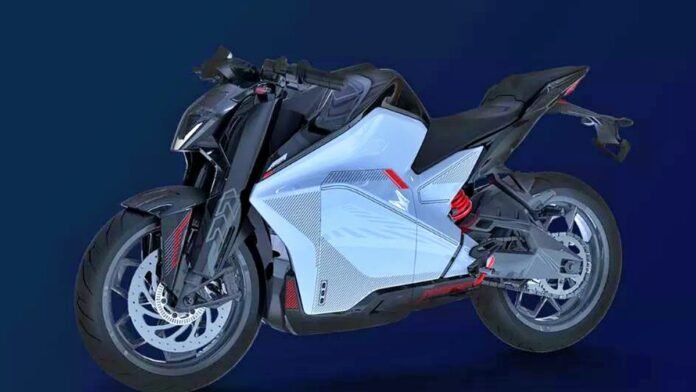 New Delhi: Indian electric two-wheeler manufacturer Ultraviolette has recently unveiled the second generation of its F77 electric motorcycle. They took their time during the pandemic and updated the motorcycle thoroughly. The manufacturer is already accepting bookings for the F77 for a token amount of ₹23,000. Now, Ultraviolette will launch the F77 on 24 November.

F77 will be offered in three variants. It has air strike, laser, and shadow. They will have different riding ranges and the power output may also be different. There could also be some cosmetic differences and different feature sets between the three variants.

What will be the specialty?
Talking about the specifications, it’s the electric motor will develop 33.5 Bhp and 450 Nm of peak torque. In addition, the top speed of the F77 will be 147 kmph and it can accelerate from 0 to 60 kmph in just 2.9 seconds. Ultraviolette claims that the F77 can be fast charged in 1.5 hours and will be a smart and connected electric motorcycle with remote diagnostics, OTA upgrade, multiple ride modes, and more.

Features and Hardware
Talking about the features, the F77 will come with all-LED lighting. There will be a TFT display in it, which will show a lot of information to the rider. The switches will be backlit. The company can also provide a mobile application for this. The frame gets upside-down forks at the front and a mono-shock suspension at the rear. The swing arm of the motorcycle has been updated. Front and rear disc brakes are provided.

The Lake by Omaxe in New Chandigarh Gains Momentum

05/09/2022/10:44:pm
Karachi: Due to the floods in Pakistan, the situation has gone from bad to worse. Hospitals and homes have been destroyed in Pakistan due...

The marriage became a disaster, the groom died in two days

Chinese citizens stole important data of US and Indian government by cyber attack: US

17/09/2020/9:05:pm
Washington: The US Department of Justice has accused five Chinese citizens of stealing data and business information by cyber attacks on more than 100...

More than 120 mutations of corona found in country, 8 are most dangerous

OnePlus giving big offer on powerful 5G phone with up to...