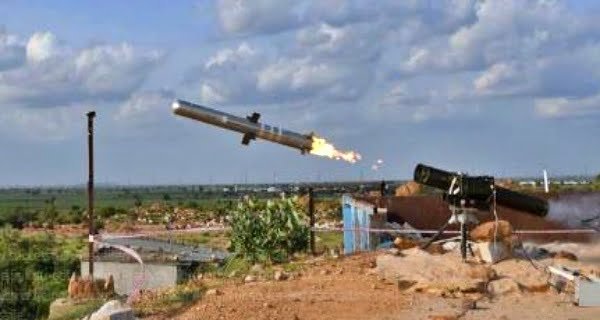 New Delhi: There has been a great success in the plan to strengthen the Indian Army and to make India self-reliant in the field of defense. Defense Research and Development Organization (DRDO) on Wednesday launched an indigenously developed Low Weight, Fire and Forget Man-Portable Anti-Tank Guided Missile (MPATGM) that has been successfully tested.

Giving details of this test, it said, “The missile was launched from a man-portable launcher integrated with a thermal sight and the target was mimicking a tank. The missile hit the target in direct attack mode and destroyed it with precision. The test has successfully verified the minimum threshold.”

DRDO said, “All the objectives of the mission were met. The missile (Man-Portable Anti-Tank Guided Missile) has been successfully flight tested to the maximum extent. The missile is fitted with a state-of-the-art Miniature Infrared Imaging Seeker with advanced avionics.

Bihar government took these big decisions, Section 144 is applicable in the entire state

34-hour curfew in Jammu and Kashmir from 8 pm on Saturday night amid rising...

24/04/2021/8:39:pm
Jammu: The Jammu and Kashmir administration has announced the imposition of a 34-hour curfew from 8 am on Saturday night amid rising cases of...