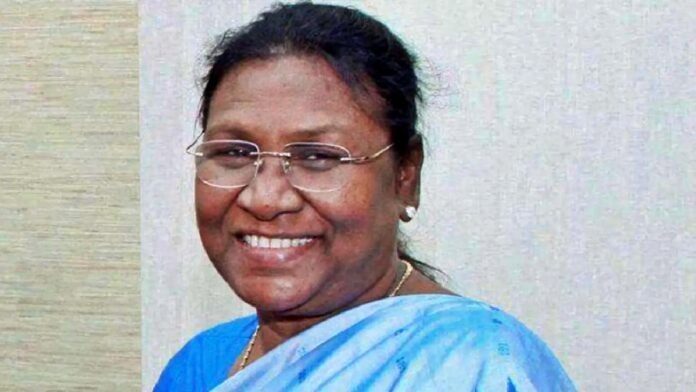 She completed her BA at Ramadevi Women’s College, Bhubaneswar. He entered his political career as a councilor in the year 1997. She became an MLA for the first time in the year 2000 and then was a minister twice in the BJP-BJD government. During this, she handled many ministries including animal husbandry and fisheries. Murmu, a two-time MLA from Rairangpur, had held on to her assembly seat in 2009 even after the BJD broke ties with the BJP a few weeks before the state elections, in which Chief Minister Naveen Patnaik’s party BJD won. In the year 2007, the Odisha Legislative Assembly honored her with the Neelkanth Award for Best MLA. From 1979 to 1983, Draupadi Murmu also worked as a junior assistant in the Irrigation and Power Department.

Draupadi Murmu, who joined the BJP in 1997, was given many important posts by the party during this period. From 2013 to 2015, she was a member of the National Executive in the ST Morcha of the BJP. From 2010 to 2013, Mayurbhanj was the BJP District President of West. From 2006 to 2009, Draupadi Murmu was the head of the BJP ST Morcha in Odisha. Prime Minister Narendra Modi tweeted after Draupadi Murmu was made the presidential candidate. During this, he wrote that Mrs. Draupadi Murmu Ji has dedicated her life to the service of the society and to empowering the poor, downtrodden as well as marginalized people. She has rich administrative experience and has had an excellent tenure. I am sure she will be a great President of our country.

Along with this, in another tweet, PM Modi wrote that lakhs of people, especially those who have experienced poverty and faced hardships, derive great strength from the life of Mrs. Draupadi Murmu Ji. Our country will be greatly benefited from his understanding and compassionate nature of policy matters.

Chardham Yatra starts tomorrow, know how many devotees will be able to visit daily

02/05/2022/10:44:pm
Dehradun: This year's Chardham Yatra will begin with the doors of the famous Gangotri and Yamunotri shrines located in the Upper Garhwal region of...

Google will translate into Gondi, Microsoft and Raipur triple IT created app

22/08/2020/11:20:am
Raipur: Anil Mishra, Jagdalpur. Now Google will translate from Hindi to Gondi and Gondi to Hindi just like Hindi to English translation. For this,...