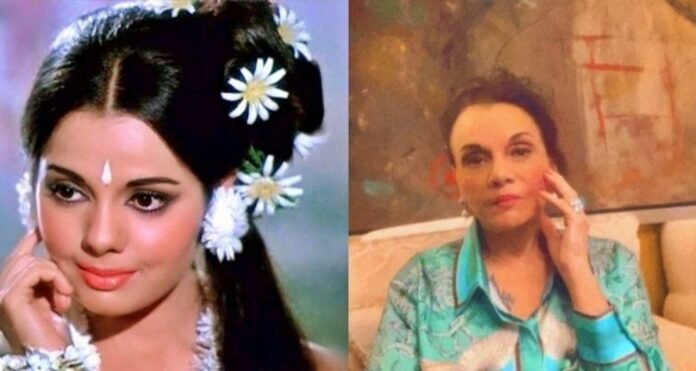 Mumbai: There was a time in Bollywood when veteran actress Mumtaz used to do 13 to 14 films in a year, but after the year 1990, Mumtaz (Mumtaz Bollywood comeback) made a distance from the film industry. Even today, the audience watches his films and praises his work. The audiences who have seen his films would love to see him again on screen. But, will this be possible?

Mumtaz talked about her return to Bollywood during Instagram Live. Although Mumtaz is not on social media, her daughter Tanya Madhvani has often been posting related to her mother and shares her life sessions.

Mumtaz gave a surprising answer to the question of a comeback
On the night of February 13, Mumtaz came live on Instagram and answered many questions of her fans with impunity. When did a netizen ask her if she would ever return to Bollywood? In response, Mumtaz said, ‘Bollywood? I do not know. I am not sure that I will get the kind of roles that really touch my heart. If that happens then that would be good. People will appreciate it.

When Mumtaz used to do more than 10 films in a year
Mumtaz further says about Bollywood comeback, ‘First I have to get my husband’s permission. If they say okay you can do it. Then maybe I will. Otherwise not.’ Mumtaz is one of the stars who ruled the film industry in the 60s. The actress has acted in many films, most of which are with Rajesh Khanna. There was a time when Mumtaz was a part of more than 10 films in a year. However, she started doing fewer films in the late 70s.

Now send Gold as a gift online even through WhatsApp!

On increasing controversy on Agneepath Government taken decision, age limit for recruitment to 23...

17/06/2022/8:57:am
New Delhi: In view of the increasing opposition to the Agneepath scheme, the central government has taken a big decision. The government has increased...

27/07/2020/10:05:pm
Lucknow: Several leaders, including Uttar Pradesh Congress President Ajay Kumar Lallu, were arrested on Monday in protest against the ongoing deadlock between the state...

After the wedding, Neha Kakkar took over the judge’s chair