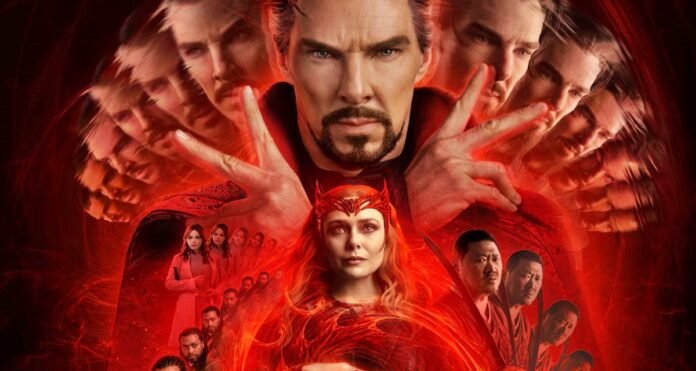 Marvel Cinematic Universe’s new film ‘Doctor Strange In The Multiverse Of Madness’ can make it to Hollywood films to join the club of 100 crores at the Indian box office. Although there was a significant drop in the collections of the film on Monday, the film has become the fourth highest-grossing Hollywood film of the opening weekend in India due to the ruckus of advance bookings.

According to a report by Box Office India, the film collected around Rs 28 crore on Friday, Rs 26 crore on Saturday, and Rs 25 crore on Sunday. After not seeing any big jump in the collection on Sunday, it was foreseen that there will be a further decrease in the collection on Monday. The film earned an estimated Rs 7.50 crore on Monday, thus taking the film’s collection so far to more than Rs 86.50 crore.

Will the film be able to cross the 100 crore mark?
Despite the drop in collections, the film is expected to cross the 100-crore mark. The question is whether the film will be able to achieve this feat in its first week or will it have to wait some more in view of the daily drop in earnings. Despite the decline, the film is expected to do decent business in its second weekend at the Indian box office. The film knocked in Indian cinemas on 6 May.

Higher ratio than Hollywood movies
According to the ETimes report, ‘Multiverse of Madness’ has garnered more than 70 percent of its collections from the Hindi circuit in India. This percentage is said to be higher than other Hollywood films including ‘Godzilla vs Kong’, and ‘The Batman’ which have scored well in post-pandemic India. ‘Doctor Strange in the Multiverse of Madness’ is the 28th film of the Marvel Cinematic Universe (MCU). It stars Elizabeth Olsen, Chiwetel Ejiofor, Benedict Wong, Jochitel Gomez, Michael Stuhlberg and Rachel McAdams.

Now restaurants will be open till 11 pm in MP, know the new guideline

19/07/2021/9:50:pm
Bhopal: In Madhya Pradesh today the government has given some more relaxation in the strictness. Now all the restaurants in the state will be...

Even after losing, Virat’s RCB reached the playoffs, trouble for KKR