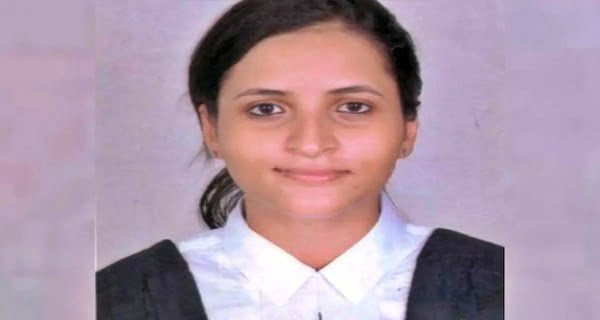 New Delhi: The Delhi Police has started clamping down on the accused in the case of a tool kit shared on Twitter by Greta Thunberg, an environmental activist about the farmer movement. Disha Ravi has been arrested and now Delhi Police has said that Nikita Jacob was also one of the editors of the toolkit document. Disha Ravi prepared a toolkit with Nikita Jacob and Shantanu and sent it to others. Not only this, Nikita and Shantanu attended a meeting organized by Zoom, a ‘pro-Khalistani’ group.

At the same time, Joint CP (Cyber ​​Cell) Prem Nath said that during the investigation, the screenshots of the toolkit have been examined online and as soon as the information received in the investigation, this toolkit issued a search warrant against Nikita Jacob, editor of Google Document, in the case. A team including the commission was sent to Mumbai. 2 laptops and 1 iPhone were found from him. Not only this, the investigation also revealed that MO Dhaliwal, the founder of the Poetry Justice Foundation, contacted Nikita Jacob through his colleague Puneet living in Canada. The purpose of Dhaliwal was to spread dissatisfaction and misinformation among the farmers. Apart from this, he said that the Bangalore team questioned the direction and important information was received from his phone. It was clear from the information that Disha along with her colleagues (Nikita and Shantanu) created and shared the toolkit Google document. Disha sent a toolkit to Greta Thunberg via telegram.

Apart from this, Delhi Police said that Disha Ravi deleted the WhatsApp group he had prepared to share the ‘toolkit’. While Disha was arrested in Bangalore in the presence of her mother, the station in-charge of the area and all the procedures have been followed. Not only this, the Delhi Police has claimed that Disha Ravi sent toolkit documents to Greta Thunberg via the Telegram app.

Delhi Police said that a non-bailable warrant has been issued against Nikita Jacob and Shantanu. They are accused of preparing documents and being in direct contact with pro-Khalistan elements. Police are conducting raids in Mumbai and other places to catch both. Nikita Jacob is a lawyer by profession and is absconding in this case.

Meanwhile, Delhi Chief Minister Arvind Kejriwal termed Disha Ravi’s arrest as an ‘unprecedented attack on democracy’. Kejriwal tweeted, ’21-year-old Disha’s arrest is an unprecedented attack on democracy. It is not a crime to support our farmers. Let us know that during the tractor parade of the farmers who were protesting against the new agricultural law of the Center, there was a violent clash with the police on 26 January. More than 500 policemen were injured and one demonstrator was killed in this clash on Republic Day.

Earlier, the Delhi Police had asked Google and other social media companies to provide email IDs, domain URLs and some social media account information associated with the creators of the toolkit, which climate change activist Greta Thunberg and others shared on Twitter.

Echo of the peasant movement heard at UN, chief said – people have...

05/12/2020/10:26:pm
United Nations: United Nations Secretary-General Antonio Guterres said about the ongoing farmers' protests in India that people have the right to demonstrate peacefully and...

06/06/2021/8:34:pm
Shirdi: Many religious places in the country have now opened their doors to the patients. Somewhere the temple itself was converted into a hospital...

28/07/2021/11:01:pm
New Delhi: The amendment to the Limited Accountability Partnership Act (LLP Act) has been approved in the Union Cabinet meeting. Its purpose is to...

Education Minister will announce the dates of 10th and 12th examinations of CBSE Board...