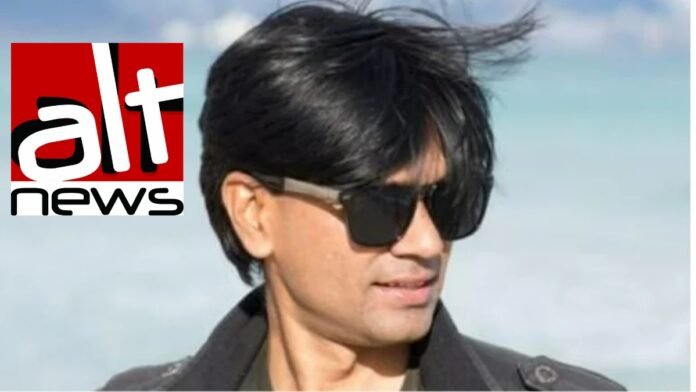 New Delhi: The Delhi High Court on Friday issued notice to the Delhi Police on a petition filed by Alt News co-founder Mohammad Zubair. In his petition, Zubair had challenged the validity of his police remand in a case related to an alleged objectionable tweet posted against a Hindu deity in 2018.

Justice Sanjeev Narula issued notice on the petition and gave two weeks time to the probe agency to file its reply. Let us tell you that on June 27, Zubair was arrested by the Delhi Police for hurting religious sentiments through one of his tweets, and on the same day the trial court sent him to one-day police custody.

Let us tell you that after the end of the one-day custodial interrogation of Zubair, the Delhi Police produced him in court. At the same time, Chief Metropolitan Magistrate Snigdha Sarwaria extended his custody for four days.

Significantly, after the end of their four-day police remand period of Zubair, he will be produced before the court tomorrow, July 2.

26/04/2021/10:13:am
New Delhi: Smokers and vegetarians have lower seropositivity and people with O blood are less likely to be infected with the coronavirus. The purpose...

First case of new ‘XE’ variant of Omicron found in India, warns WHO

06/04/2022/8:59:pm
Mumbai: Cases of the Corona Epidemic are continuously decreasing in the country. In the midst of all this, Corona has once again increased the...

03/07/2021/4:41:pm
Amidst the monsoon season,India will see 5 new smartphones launching in July . July will see some great devices being unveiled. From flagships to...

YouTube launches Super Thanks feature, video creators will be able to...

All old records are broken of placements in IITs! Crores of...