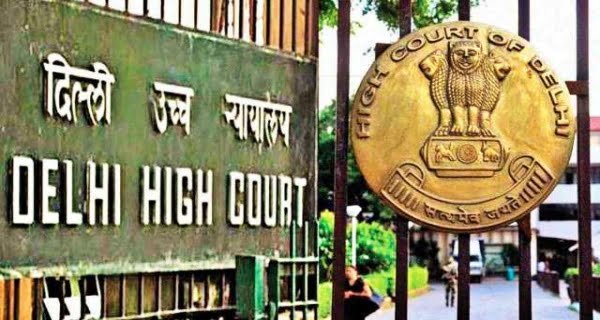 New Delhi: On Wednesday, a petition was filed in the Delhi High Court regarding the lack of oxygen at the Max Hospital in Delhi. During this time, on the shortage of oxygen in hospitals, the High Court asked the Center whether there is no importance of human life for the government? The court has asked the central government to immediately stop the supply of oxygen for industrial use. The High Court has said that we cannot see people dying due to lack of oxygen.

The High Court has said that the situation is critical. Immediately deliver oxygen to hospitals. The Delhi High Court has said, “Our concern is not only for Delhi but for every part of the country.” During the hearing, Solicitor General Tushar Mehta, representing the Center, told the court that oxygen supply is on the way and will reach the hospital soon. He said that oxygen delivery has been done at another hospital in Max.

During the hearing, the Delhi High Court ordered the central government to immediately take the oxygen produced in the steel plant and petroleum plant under its control and supply it for medical use. The High Court has also asked the government to provide safe routes for sending the oxygen to the place where it is produced and where it is to be supplied.

During the hearing, on behalf of the Center, Solicitor General Tushar Mehta told the High Court that oxygen was being supplied.It will arrive at Max Hospital soon. On this, the High Court said that we have full faith in the central government that it will deliver oxygen. It will reach Patparganj Hospital in 2 hours. But many other hospitals are also suffering from its deficiency. You should pass the order of National Emergency on this. Which no industry will refuse.

During the hearing, the Delhi High Court told the lawyer of the Central Government that if oxygen is being supplied to the industry, it should be stopped immediately. Advocate of Delhi government said that the present situation is getting worse from bad. There is no oxygen in hospitals. The central government provided oxygen by airplane. Every minute is very important. In many hospitals in Delhi, patients are only on oxygen.

Delhi High Court has said that the supply of oxygen from established sources like INOX is not able to meet the demand. The responsibility lies on the center to ensure supply. The central government should consider modes and means of transport to supply oxygen, so that the supply lines are not affected, even if the supply is completed by air lifting.

Earlier on Wednesday, Delhi Chief Minister Arvind Kejriwal had informed by tweeting that the Central Government has increased the quota of oxygen to Delhi. According to the information, the Central Government has increased the oxygen quota of Delhi from 378 metric tonne to 480 metric tonne daily. Significantly, the Delhi government had informed a day in advance that how much oxygen is left in which hospital. It was also told that the situation is very bad and the Center has been asked to increase the quota of oxygen.

26/09/2020
Deepika interrogated for 5:30 hours6 hours of inquiry with Shraddha4 and a half hours questions and answers from Sara Mumbai: On Saturday, NCB made lengthy...

Farmers’ organizations made big strategy for Bharat Bandh of 26 March

20/03/2021
New Delhi: Farmers agitating against all three central agricultural laws have announced a nationwide bandh to be held next week. With the agitation of...