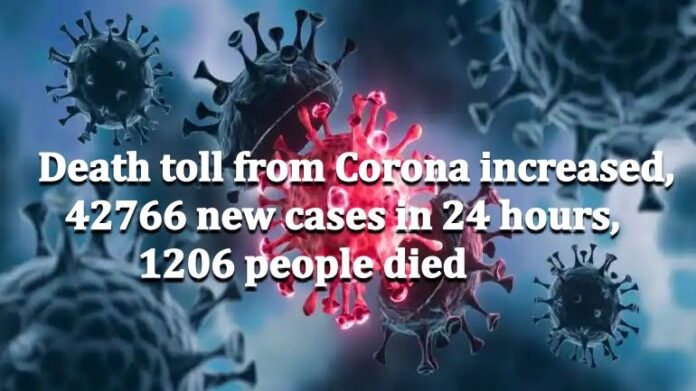 At the same time, the government has said on Friday that no case of lambda form of SARS-CoV-2 has been reported in India so far. Joint Secretary in the Health Ministry Lav Agarwal said that the Indian SARS-CoV-2 Genomics Consortium (INSACOG) is closely monitoring the pattern.

Lambda virus was the seventh variant identified by WHO (World Health Organization) on June 14 and has been detected in 25 countries. NITI Aayog Member (Health) Dr. VK Paul said that the lambda pattern needs attention and hence it is being explored.

Meeting between the government and the farmers, the farmers asked for the answer...

26/11/2020/10:56:pm
Mumbai: The smash-hit trailer of Bollywood actor Akshay Kumar's movie 'Durgamati: The Myth' has been released. Actress Bhumi Pednekar will be seen in the...

Half of the physically challenged in India are employable: Report by Unearthinsight

15/07/2021/10:02:am
New Delhi: According to market intelligence company Unearthinsight, with the right policies and strategic changes, employment opportunities for physically challenged people in India can...