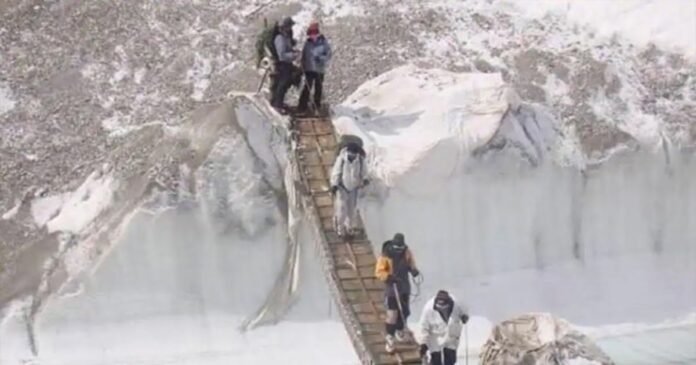 New Delhi: After China’s deception in the Galvan Valley of Ladakh, India is leaving no stone unturned to surround it. Amidst the ongoing tension between the two countries, there have been reports that India has deployed soldiers who are skilled in fighting in the hilly areas. These soldiers are skilled in guerrilla warfare and fighting in high places. The Indian Army has been ordered to deal with any Chinese intrusion on the LAC. In the last decades of these specialist soldiers of India were trained to fight on the Northern Front.

Giving information about this, defense experts said that mountain fighting is the most difficult. In Uttarakhand, Ladakh, Gorkha, Arunachal and Sikkim, no one can stand in front of these soldiers. Artillery and missiles require a lot of precision in hilly areas, otherwise they can miss their target in the mountains. The expert said that the Tibetan plateau of China is flat, while the mountains in India are inaccessible. It is not only difficult to capture an area in the hilly areas, but it is equally difficult to maintain it.

At the same time, according to another report, the Government of India is now working rapidly to make Indian troops access to the Line of Actual Control in Ladakh. On Monday 22 June in the Ministry of Home Affairs, there was a big meeting on India-China border management. In this meeting, on behalf of the government, it said that it wants the work of 32 roads to be completed as soon as possible. The Central Government has prepared a detailed plan in this regard.

According to the report, 32 roads are to be constructed in the second phase on the ICBR Phase-II i.e. Indo China Border Road. According to Home Ministry sources, the construction work of these roads will be given more speed with the cooperation of all agencies. A total of 73 roads are to be built on the India-China border road. In this, CPWD is working on 12 roads and Border Road Organization is working on 61 roads.

13/08/2020/11:21:pm
A double-screen smartphone has been visible in the hands of Microsoft CEO Satya Nadella for the past few months. This double screen display phone...

‘We need you now, peace is more important than income’, Zelensky addressed to US...

16/03/2022/9:09:pm
Washington: Ukrainian President Volodymyr Zelensky on Wednesday referred to Pearl Harbor and the September 11, 2001, terrorist attacks, while appealing for more help from...

27/01/2023/11:22:pm
Mumbai: Everyone is crazy about Bollywood playback singer Alka Yagnik. Be it the 90s or today's time, everyone appreciates his songs and her voice....

Virat Kohli left the captaincy on whose words? know the...

The sharp tremors of the Earthquake were felt in Delhi-NCR, 4.7...