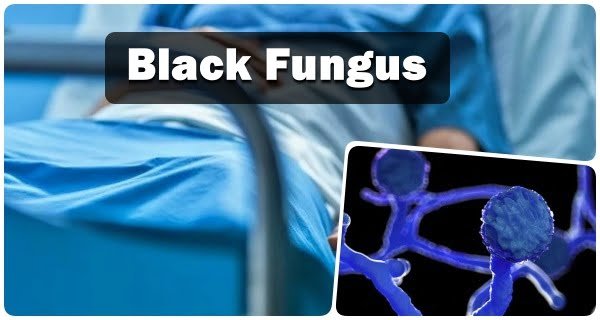 Lucknow: Due to the coronavirus epidemic, a new deadly disease is wreaking havoc in the country. Yes, now Black Fungus, which is becoming an enemy of the life of the people, is a disease of mucormycosis that is spreading its foot in the country continuously. After Maharashtra, Delhi, and Gujarat, now this disease has knocked in Uttar Pradesh also. Now in 8 covid patients of Lucknow, a life-threatening fungus named Mucaramicosis has been found. Four in Lucknow’s Lohia Institute, one patient of Lokbandhu Hospital, and three patients of KJMU have been in the grip of fatal fungus. At the moment these patients are now battling between life and death.

Patients from these districts of UP are infected:
It is being told that apart from Lucknow, black fungus cases are also being talked about in Varanasi and Meerut. In Varanasi, a female patient suffering from black fungus or mucormycosis has been found. Significantly, the female corona, the first victim of black fungus, was infected. At the same time, Tanima Mitra’s eye began to turn red two days before her corona report came negative. While two corona patients suffering from black fungus were found in Meerut. These patients are being reported from Muzaffarnagar and Bijnor districts.

These states have seen the black fungus:
Before Uttar Pradesh, cases of black fungus were also seen in Maharashtra, Delhi, and Gujarat. According to the information received on Friday, six cases of Mycurmikosis in Delhi, 40 cases of Black Fungus have been reported in Gujarat. Please tell that black fungus was also seen in patients who have been cured of the corona, 8 patients lost their eyesight due to black fungus in Surat. Recently, a 29-year-old man has also been diagnosed with Muckeramycosis (black fungus) in Mumbai. This person had been cured before Corona.

What is Black Fungus or Mucarmicosis?:
Mucormycosis (black fungus) is a very rare infection. It is caused by mucus fungus which usually thrives in soil, plants, manure, rotten fruits, and vegetables. Complaints of Mucormycosis have been seen to a large extent in patients with diabetes. People who are not victims of diabetes are much less likely to have this problem. In many cases, the patient may complain of mucormycosis even after recovering.

Corona patients should take special care of these things:
At the same time, according to ICMR, people recovering from corona need to control hyperglycemia. Apart from this, diabetic patients should continue to do blood glucose level check. Also, while taking steroids, keep in mind the right time, right dosage and duration. Use only clean water during oxygen therapy. On the other hand, if the patient is using antibiotics and antifungals, then he also needs to take great care in this.

These special precautions should be taken by corona patients:
According to the ICMR, special care should be taken of corona infected or cured people. Corona patients take special care of cleanliness and take baths every day. Apart from this, make sure to apply masks to dusty areas, wear shoes, clothes covering your hands and feet, and gloves while gardening or working in the soil.

How far away from herd immunity? Know what will be known from the fourth...

12/06/2021/9:44:pm
New Delhi: The Union Health Ministry on Friday said that the ICMR will conduct the fourth phase national serosurvey to assess the spread of...