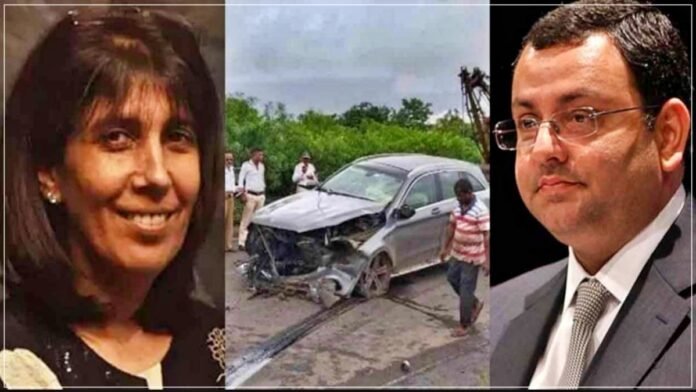 Mumbai: The Bombay High Court has charged gynecologist Dr. Anahita Pandole with culpable homicide not amounting to murder in the death of industrialist and former Tata Sons chairman Cyrus Mistry. The PIL seeking to impose it was dismissed on Tuesday.

Please tell that Dr. Pandole was driving the car in which the mechanic died after falling into the river.

A division bench of Acting Chief Justice SV Gangapurwala and Justice Sandeep Maren said the petition has been filed with the intention to grab headlines and the petitioner has nothing to do with the matter even remotely. The bench also imposed a fine on the petitioner who claimed to be an activist.

Notably, Mistry (54) and his friend Jehangir Pandole were killed on September 4 last year when their luxury car rammed into a divider on a bridge over the Surya river in the Palghar district, adjacent to the Mumbai-Ahmedabad highway. Anahita Pandole (55), who was driving the car, and her husband Darius Pandole, who was traveling in the vehicle, were seriously injured in the accident.

Massive fire breaks out at a private hospital in Jabalpur, 10 dead

20-30% of people lost natural immunity against corona in 6 months, risk of re-infection...

11/04/2021/10:27:am
New Delhi: The cases of Coronavirus in the country are seeing increasing day by day. The situation is uncontrollable in many cities. Meanwhile, the...

Biden’s swearing-in ceremony will be simple, committee’s appeal to people should not mobilize in...

FIRs of heinous crimes cannot be quashed on the basis of ‘compromise’: SC

30/07/2022/10:06:am
New Delhi: The Supreme Court on Friday held that FIRs cannot be quashed on the basis of the agreement between the offender and the...

Changes happening from June 1, bank account to income tax will...