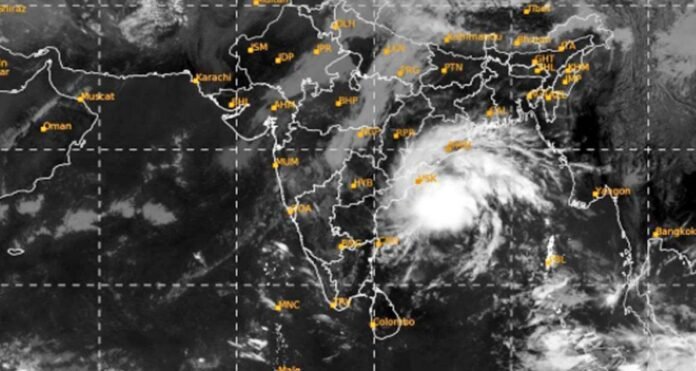 Visakhapatnam: There is a danger of Cyclone Jawad in many states of the country. This storm intensified into a cyclonic storm. It is moving in a northwest direction towards the north Andhra Pradesh coast and tomorrow (Saturday) it will move rapidly and hit the Odisha coasts in the morning. It is believed that this storm can cause a lot of devastation. Due to this NDRF is also on full alert mode.

According to NDRF DG Atul Karwal, 46 teams have been deployed in Odisha, West Bengal, and Andhra Pradesh. Also, 18 is kept on standby. At the same time, IDS is on alert in case any situation arises to airlift any team.

About cyclonic storms, Jawad, Director of Visakhapatnam Cyclone Warning Center Sunanda said, “Deep depression in the morning has intensified into cyclonic storm Jawad. Now it is moving in a northwest direction towards the North Andhra Pradesh coast. Till tomorrow it will further intensify further. Thereafter it will turn north-east direction and run parallel to the coast. It will pass between Gopalpur and Puri in Odisha.”

He said, “Wind, as well as rain warnings, have been issued in Visakhapatnam, Vizianagaram, Srikakulam. Moderate to strong thunderstorms will occur in these 3 districts, there is a possibility of moderate rain at many places. At the same time, there may be heavy to very heavy rain at one or two places.

At the same time, NDRF sub-inspector Satyanarayana said, “A total of three teams are stationed here (Visakhapatnam). Two other teams have been kept as reserves. We will respond to any untoward situation to save people and try our best to avoid any accident or damage. We will clear all roads with debris if there is a landslide or if trees are uprooted. Also, rescue anyone who drowns in the flood-affected areas.

NDRF head constable Rama Rao said, “We are ready and alert 24×7 for any eventuality. The main concern is landslides and the uprooting of trees. We have to clear the roads quickly to avoid any traffic problems. We have multi-talented personnel who can respond to any situation.”

According to India Meteorological Department (IMD), it continued to move north-northwestwards during the last 6 hours and today at 5:30 PM over the west-central Bay of Bengal, about 300 km south-SE of Visakhapatnam, Gopalpur centered about 420 km south of, 480 km south.

22/04/2021/8:57:pm
Washington: The US parliament has confirmed the name of Indian-American Vanita Gupta for the post of Associate Attorney General, after which she became the...

05/07/2020/10:53:pm
New Delhi: 40 websites linked to the banned organization Sikh for Justice (SFJ) have been banned by the government for supporting separatist activities. This...