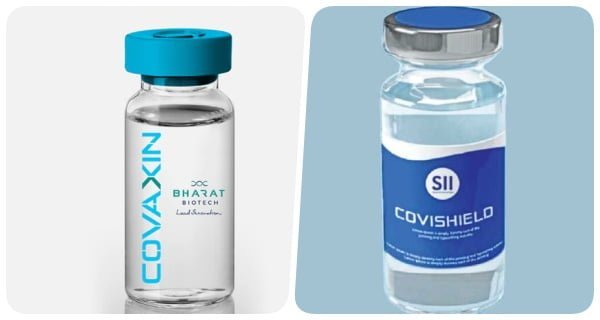 The study was conducted on health workers in India wh have received both doses of either of the two COVID vaccines which were given approval in January 2021. The research was done on 515 health care workers, out of which 95.0 percent showed seropositivity after two doses of both vaccines.

Notably, both Covishield and Covaxin elicited a good immune response after two doses.

“Amongst the 552 HCW (325 Male, 227 Female), 456 and 96 received the first dose of Covishield and Covaxin respectively. Overall, 79.3 percent showed seropositivity after the first dose.

“This ongoing, Pan-India, Cross-sectional, Coronavirus Vaccine-induced Antibody Titre (COVAT) study is being conducted amongst HCW, with or without past history of SARS-CoV-2 infection. SARS-CoV-2 anti-spike binding antibody is being assessed quantitatively at four-time points between 21 days or more after the first dose to 6 months after the second dose,” the study further said.

Bharat Biotech’s Covaxin and Oxford-Astra Zeneca’s Covishield which s being manufactured by the Serum Institute of India (India) was given the approval of emergency use authorization by DCGI-CDSCO in January 2021.

The Serum Institute is providing a Covishield dose for Rs.300 to the state governments and Rs.600 to private hospitals.

The Bharat Biotech has fixed the price of a Covaxin dose at Rs.400 for states and Rs.1200 for private markets.

Many people in Asia suffer from starvation due to increase in food prices and...

14/12/2020/6:50:pm
Islamabad: Pakistan has now started the work of spreading false information related to the history of the Indian subcontinent in the world. This time...

12/02/2021/11:34:pm
New Delhi: On Friday, strong tremors of Earthquake were felt across North India including Delhi-NCR. Its impact was seen from Punjab to Jammu and...