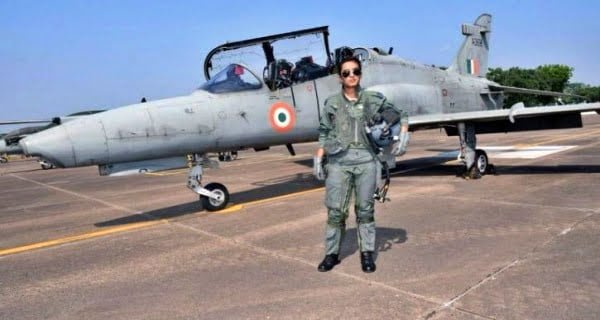 New Delhi: The country’s first female flight commander Shalija Dhami said on Sunday that it would be almost three decades for women officers in the Indian Air Force. Dhami said that “the aircraft does not know whether it is a man or a woman to fly. After sitting in the aircraft, it is a journey that says everything. Whether we will be able to do it or not. Dhami further said That if we are unable to do this, we will not be able to reach the spot. I have served for more than 17 years and there are many more like me. “

Dhami, who has been serving in the Indian Air Force for more than 17 years, was given the responsibility of assuming the post of the country’s first flight commander at Chetak Helicopter Unit at Hindon Airbase in Ghaziabad, Uttar Pradesh in 2019. The flight commander is the first major leadership position in the Air Force. Dhami has flown in his career with Chetak and Cheetah helicopters. Not only this, many records are also registered in his name. She is also the first female qualified flying instructor of the Indian Air Force for Dhami Chetak and Cheetah helicopters.

For a longer tenure, Dhami was given a permanent commission in the flying branch.
Shalija Dhami is the first woman officer of the Air Force, who has been given a permanent commission in the flying branch for a long tenure. Dhami, who lives in Ludhiana, Punjab, also has a son. Dhami, originally from Ludhiana, wanted to become a pilot from childhood.
Shalija has been given the responsibility of flying the Chetak helicopter, which is a light utility helicopter, in which 6 passengers can sit. Its maximum speed is 220 km per hour.

For the first time in India, in 1994, women have been inducted into the Air Force. But since then he was given a non-combatant role. After a long legal battle in the Delhi High Court, women were given the right to a permanent commission in the Indian Air Force.

29/08/2020
New Delhi: The case of the controversial program of a private channel reached the Supreme Court and the Delhi High Court for judicial review...

Permission for Umrah in Mecca, ban on travelers from these countries including India

23/09/2020
Dubai: Saudi Arabia on Wednesday suspended air flights from India, Brazil, and Argentina (India-Brazil-Argentina) in the wake of the Covid-19 Pandemic. According to the...

30/07/2020
Jabalpur: The Jabalpur High Court, while disposing of a letter case, gave an important decision in favor of pregnant women. The court has said...

16/09/2020
New Delhi: The Oil and Natural Gas Corporation (ONGC) has left Sudan's oilfield. The company made this decision due to the refusal to pay...