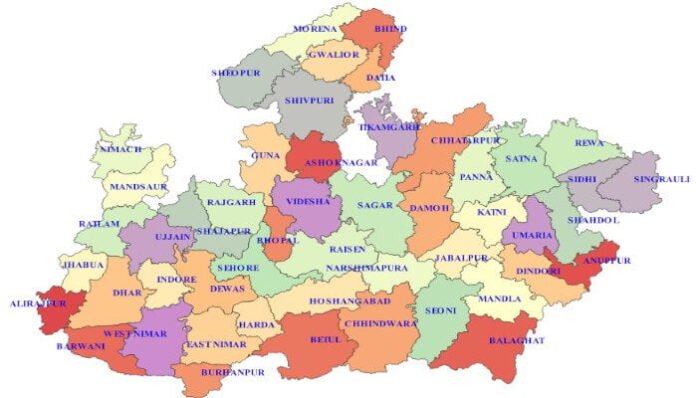 Bhopal. Since the arrival of migrant laborers from other states across the country, the corona virus in Madhya Pradesh has also knocked in 462 villages in 50 districts after the global epidemic cities and 951 people have been found infected in these villages, out of which 32 people Has died Health services in villages are not as good as cities, so it will be a big challenge for the government to control it there. Madhya Pradesh Public Health and Family Welfare Minister Narottam Mishra claimed two days ago that the whole of Madhya Pradesh except Bhopal city has been almost cured by Kovid-19 disease.

According to the latest report of Kovid-19 of the Panchayat and Rural Development Department of Madhya Pradesh Government, “So far corona virus patients have been found in 462 villages of Madhya Pradesh. Of these infected, 479 are laborers and 472 others are villagers. Of these, 32 people have died. ” It said that on May 21, 336 people were infected in the villages, out of which 130 were laborers and 206 others were villagers. Thus, analysis shows that in the last 22 days the number of infected in the villages has almost tripled. According to the report, samples of 29,881 people from rural areas have been collected so far for screening of Kovid-19.

36–36 in Morena and Dewas districts, 35–35 in Chhatarpur and Betul, 33 in Sagar, 30 in Chhindwara, 29 in Dindori, 27 in Rewa, 26 in Raisen, 25 in Damoh, 24–24 in Jabalpur and Anuppur, Dhar. 23 in Sheopur, 22 in Vidisha, 19 in Vidna, 18 in Panna, 17 in Panna, 15–15 in Sidhi and Ashoknagar, 14 in Narsinghpur, 12–12 in Singrauli and Balaghat, 10–10 in Umaria and Khandwa, nine in Datia. , Tikamgarh, Shivpuri and Shahdol eight-eight, seven in Shajapur, six in Mandsaur and Bhopal, five in Mandla, four each in Jhabua and Barwani, three each in Ujjain, Sehore, Rajgarh, Harda and Guna, Seoni and Two villages in Alirajpur and one each in Ratlam, Katni and Agarmalwa are infected. Manoj Shrivastava, Additional Chief Secretary (Panchayat and Rural Development) of Madhya Pradesh, told ‘Bhasha’ on Saturday that the state government is doing everything possible to tackle the corona virus in the villages. He said that so far more than 14.82 lakh laborers have returned to Madhya Pradesh from other states. About 12,04,315 people, including migrant laborers and other villagers, have been kept in isolation in the villages. So far, a total of 10,433 people have been found infected with the corona virus in Madhya Pradesh. Of these, 440 people have died.

21/11/2020/10:31:am
Ambala: Haryana Health Minister Anil Vij was given a trial dose of the corona Vaccine, a home-grown vaccine to prevent coronavirus, here on Friday....

29/01/2023/9:42:am
Zhejiang: Seven customers in China were rushed to a hospital and their stomachs were pumped after a restaurant mistakenly served them detergent instead of...

01/07/2021/10:00:pm
New Delhi: Indian investors investing in cryptocurrencies like Bitcoin and Dogcoin have been hit hard by the Reserve Bank of India (RBI). In fact,...

What Baba Vanga Predicted for year 2023? find out about everything

18/12/2022/6:53:pm
New Delhi: You’ve in all probability heard no less than one among Baba Vanga’s well-known predictions. The Bulgarian mystic and herbalist, who went blind...

Biden May prove to be better for India, played major...

Rave party on cruise: Munmun took away drugs by hiding them...