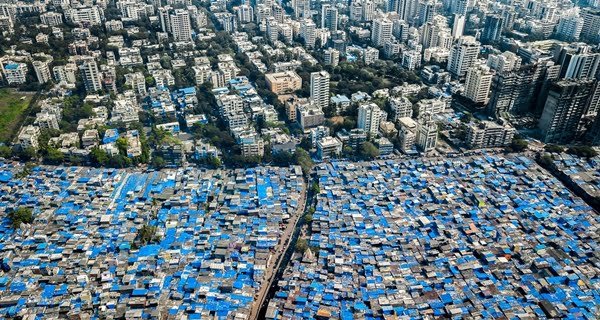 Mumbai: More than corona slums in Mumbai are now being spread in buildings, according to the news, at present, many posh buildings in the city are in the category of contention due to corona as compared to slum areas. Currently, Mumbai has 6,163 such active sealed buildings across the city, while only 691 chawls and slum areas have been declared as control zones.

After the unlock, which was given some leeway in the lockdown, after which many new cases have come up and Corona cases have now crossed 1 lakh in Mumbai, officials say that people need to be cautious in this. In the four wards of North Mumbai, the situation is really bad. 777 buildings are placed in the Containment Zone, the highest number being in R-Central (Borivali), followed by 716 in K-East (Andheri East and Jogeshwari East) and 557 in R-South (Kandivali, Charkop). The P-North (Malad) ward, which currently has the highest number of active cases in the city, has 513 seal buildings.

In the same R-Central ward, there are only 11 active containment areas in slum areas, whereas, in R-South 32 and P-North, there are 41 areas. Each ward has less than 100 registration areas in slum areas and the slum areas have the highest number of M-East wards (Mankhurd, Govandi, Anushakti Nagar, Cheetah Camp), with 75 contribution areas. The reason for increasing cases in buildings is that the authorities are accepting the people for not taking precautions, the reason behind this is that the control of increasing cases in the slum is due to the strictness in the area and by the people taking precautions.

09/09/2022/9:33:am
London: After the death of Queen Elizabeth II at Balmoral Castle in Scotland, the British government's 'Operation Unicorn' started. British officials first devised a...

01/02/2023/3:21:pm
Take “the ultimate spin” in this Trailer Rewind back to Tobey Maguire's first swing as the original cinematic Spidey. Complete your Spider-Man collection today...

Having sex with false promise of marriage should be a misdemeanor in law: HC

05/08/2021/10:48:am
Prayagraj: An important decision of the Allahabad High Court has come in the rape case. The High Court has said that having sex with...

11/08/2020/9:52:pm
The recent sale of Flipkart and Amazon (Flipkart) has seen strong sales of Chinese smartphones and other electronics brands. After the India-China border dispute,...

Army commando killed, An accident occurred during the exercise in Jodhpur