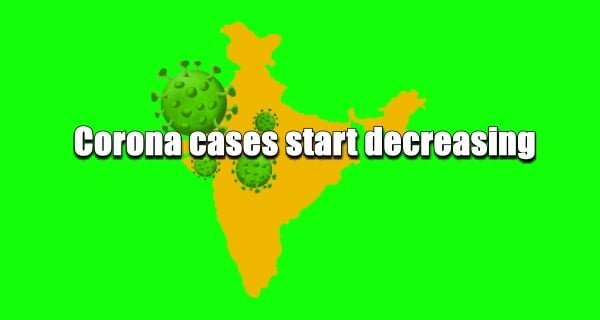 New Delhi: The second wave of Corona in the country (COVID-19 2nd Wave) is now seen to be over. The number of Corona-infected patients has now started to decrease rapidly. However, despite Corona’s steady pace, the death toll has not decreased yet. According to the Health Ministry data, 2,40,842 new cases of the corona were reported in the country in the last 24 hours, while 3741 patients succumbed during this period. After the arrival of new cases of the corona, now the total number of infected patients in the country has increased to 2 crores 65 lakh 30 thousand 132.

26,133 new cases of Covid-19 have been reported in Maharashtra on Saturday while 682 people have died due to infection. According to the Health Department, a total of 55,53,225 people have been confirmed infected and 87,300 have died due to coronavirus infection so far in the state. According to the Health Department, in the last 24 hours, the number of people recovering in Maharashtra has increased to 51,11,095, with 40,294 patients being infection-free. There are 3,52,247 patients undergoing treatment in the state at present. The rate of recovery of patients in the state is 92.04 percent while the death rate has increased to 1.57.

55 more deaths due to corona in Himachal Pradesh
On Saturday, 55 more patients died due to Covid-19 in Himachal Pradesh, including 2,693 people have lost their lives in this epidemic. At the same time, 2,341 people were confirmed to be infected with the Corona virus during the last 24 hours in the state. With this, the total number of patients who have been infected so far in Himachal Pradesh has increased to 1,77,725.

103 deaths from Corona in Bihar in the last 24 hours
With 103 deaths due to Covid-19 in Bihar on Saturday, the number of people who died due to epidemics in the state has increased to 4439. According to the Health Department, this is the third time this week that more than 100 people have died due to infection in the state. On Tuesday, the highest number of 111 people died while on Wednesday 104 people died. In the last 10 days, around 1,000 people have died in the state from Coronavirus infection.

Isaias turned into a tropical storm, heavy rains in many areas

04/08/2020/9:29:pm
Toms River (US): Interior rain also received heavy rainfall as tropical storm "Isaias" moved toward the east coast of the US on Tuesday after...