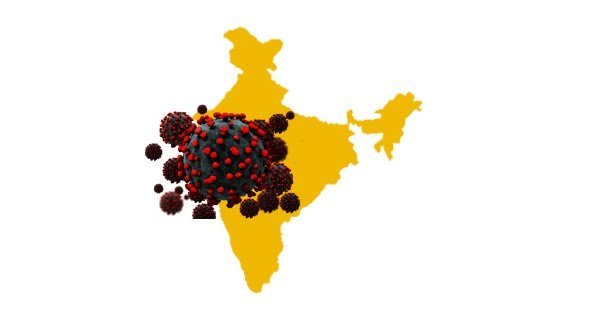 New Delhi: Cases of coronavirus infection continue to increase in India. In the last 24 hours, 30 thousand 570 new patients have been found in the country. At the same time, 431 patients died. During this, 38 thousand 303 patients were cured after defeating Corona. Including the new figures, the total number of Covid infected in the country has reached 3 crores 33 lakh 47 thousand 325. Whereas, so far 4 lakh 43 thousand 928 patients have lost their lives. At present, treatment of 3 lakh 42 thousand 923 patients is going on in the country.

No one died in Delhi
57 new patients of coronavirus were found in Delhi on Wednesday and none of the infected have been confirmed to have died. At the same time, the infection rate has been recorded at 0.08 percent. In Delhi in September, only one patient has been confirmed dead due to infection. According to the health bulletin, the total cases in Delhi have increased to 14,38,345, out of which more than 14.12 lakh patients have become free from infection. It has been told that the virus has killed 25,083 people in Delhi.

According to the bulletin, 74,199 samples were tested in Delhi on Tuesday. No patient was confirmed to have died due to infection in the national capital on Tuesday, while 38 new cases were reported and the infection rate was 0.05 percent. 17 patients had come to Delhi on Monday, which was the lowest number of infections since March 28 last year.

Cases are not decreasing in Kerala
On Wednesday, 17,681 new cases of coronavirus infection were reported in Kerala and 208 more patients died due to the epidemic. With this, the total cases increased to 44,24,046 and the death toll reached 22,987. According to a release issued by the government, 25,588 people were cured in the last day. So far 42,09,746 people have been cured after suffering from Covid-19 in the state. The release said that 97,070 samples were tested in the last 24 hours but the rate of infection was not given.

The number of samples and new cases in the last day shows that the infection rate is more than 18 percent. There are currently 5,61,239 infected people under surveillance in the state, out of which 5,33,190 people are at home or in institutional isolation while 28,049 are in hospital.

Joe Biden spoke on ending the war in Afghanistan

01/09/2021/10:52:am
Washington: US President Joe Biden addressed for the first time on Wednesday after the withdrawal of US forces from Afghanistan. During this, he said...