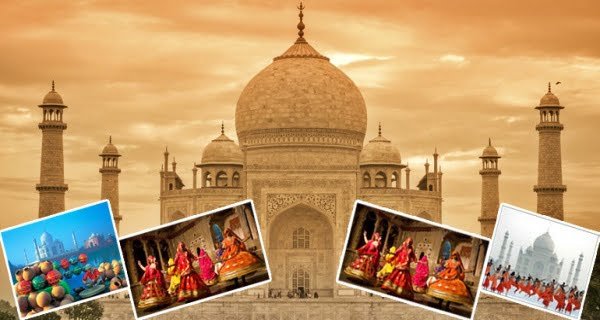 Agra: Taj Mahotsav, which is the center of attraction around the world, will not happen this time. In view of the corona epidemic, the district administration has taken this decision. The Taj Mahotsav has been organized every year at the Shilpgram near the eastern gate of the Taj Mahal. In this festival, craftsmen from all over the country gather and showcase their products. Not only this, artists from different parts of the country introduce people to the art of different states through the best productions at the Taj Mahotsav.

After several meetings due to the corona virus epidemic, District Officer Prabhu N Singh sent a report to the Chairman of Taj Mahotsav Committee and Agra Commissioner Anil Kumar. In view of this report, it has been decided that it would be appropriate in the public interest not to organize the Taj Mahotsav in view of the danger of Corona.

DM of Agra said this
Agra DM Prabhu N Singh told News18 that a large number of people visit the Taj Mahotsav. The Corona era is currently underway. In such a situation, it is not appropriate to have such a big event. The Taj Mahotsav is organized every year in the month of February.

30 years of tradition will break
The Taj Mahotsav in Agra is being organized continuously for the last 30 years. This will be the first time that due to Corona, the Taj Mahotsav will not be organized. All the Bollywood heavyweights have performed at the Taj Mahotsav. More than one cultural event has been organized in the festival including songs, music, Mushaira and Kavi Sammelan. All the veteran artists of the country have given their unmatched performances in the festival, but this time the administration has taken such a big decision to defeat Corona.

30/06/2020
New Delhi: The rising cases of Coronavirus may be bothering everyone, but scientists have indicated relief in the coming days. According to scientists, till...

17/07/2020
New Delhi: A total of one thousand 377 exporters who have fraudulently claimed Integrated Goods and Service Tax (IGST) refund amounting to one thousand...

17/06/2020
Washington: As the United Nations Security Council (UNSC) will elect five new non-permanent members to the council on Wednesday, chances of India grabbing a...