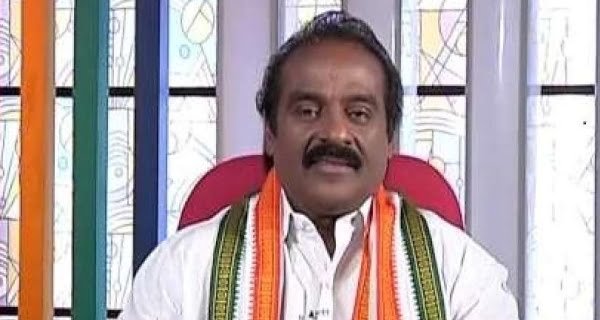 Chennai: Congress MP H Vasanthakumar from Kanyakumari, Tamil Nadu (Covid-19) suffering from Covid-19 has died due to Covid-19 infection. The Congress has informed this from its official twitter handle. The 70-year-old leader Vasantkumar was admitted to Apollo Hospital on August 10 for the treatment of Coronavirus.

A few minutes ago on Friday, Apollo Hospital Director (Health Services) Dr. RK Venkatsalam said in a release, “He is currently being treated by a team of Doctors in the Intensive Care Unit (ICU). Used to be. He is suffering from severe Covid pneumonia and his condition still remains serious. ” Vasantkumar, who became the first MP (MP) from Tamil Nadu, has also been an MLA (MLA) twice in the past. He was undergoing treatment at the center at Grimes Road, Apollo Hospital here.

Former Karnataka minister HD Revanna infected with Corona virus
Apart from this, former Karnataka minister and JD (S) leader HD Revanna has been infected with Corona virus and has been admitted to a hospital here. Party sources gave this information on Friday. Wishing him well, Health Minister B Sriramulu said in a tweet, “HD Revanna infected with Corona virus. I pray that he recovers and comes back to serve the people. “
According to JD (S) sources, four policemen deployed under his protection were infected earlier. And after this he went to investigate but his infection was not confirmed. Recently, the son of former Prime Minister HD Deve Gowda also showed symptoms and during the investigation confirmed his infection.

Due to the massive shock of the coronavirus pandemic,Global economy to shrink 5.2% this...

Woman accused, told me Corona positive without taking my sample