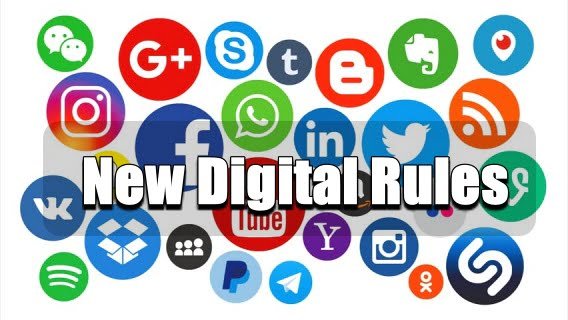 New Delhi: Large social media companies like Google, Facebook, and WhatsApp have shared details with the IT Ministry as per the requirement of the new digital rules, but Twitter is still not following the norms, PTI reported citing government sources. Twitter has not sent details of the chief compliance officer to the IT Ministry, and shared details of a lawyer working in a law firm as a nodal contact person and grievance officer, the sources said.

This when the IT rules clearly require these designated officers of the significant social media platforms to be employees of the company and residents in India, they pointed out. Meanwhile, most of the large social media platforms have shared details of the chief compliance officer, nodal contact person, and grievance officer with the ministry, as laid down under the new rules, sources said. Significant social media intermediaries, including Google, Facebook, WhatsApp, Koo, Sharechat, Telegram, and LinkedIn, have shared details with the ministry as per the requirement of the IT norms that came into effect earlier this week. However, Twitter has not yet complied with the IT rules, they said.

After a strong response from the government on Thursday, Twitter sent a communication sharing details of a lawyer working in a law firm in India as their nodal contact person and grievance officer.

On Thursday, the row over Twitter’s handling of certain messages had escalated into an all-out war of words, with the government saying the messaging platform was leveling baseless and false allegations to defame India and dictating terms to the world’s largest democracy. It started with Twitter calling the visit by Delhi Police to its offices a form of “intimidation” — a statement which met with vociferous protests from both the government and the Delhi Police. While the government called it “totally baseless, false and an attempt to defame India”, Delhi Police said the statement was “mendacious” and designed to impede a lawful inquiry.

Twitter had marked several tweets by ruling BJP leaders on an alleged strategy document of Opposition to target the government over COVID as containing ‘manipulated media’, which prompted the police to visit its offices late on Monday. Twitter said it was committed to India as a vital market, but criticized the new IT rules and regulations that it said: “inhibit free, open public conversation.”

The government slammed Twitter’s remarks on alleged intimidation and threat to free speech and in a strongly-worded counter said the micro-blogging platform had sought to undermine India’s legal system through its actions and deliberate defiance. Under the new rules, social media companies like Facebook, WhatsApp, and Twitter have been asked to identify within 36 hours the originator of a flagged message as well as to conduct additional due diligence, including the appointment of a chief compliance officer, nodal contact person, and resident grievance officer.

The Centre has said the new rules are designed to prevent abuse and misuse of platforms, and offer users a robust forum for grievance redressal. Non-compliance with rules would result in these platforms losing the intermediary status that provides them immunity from liabilities over any third-party data hosted by them. In other words, they could be liable for criminal action in case of complaints.

After the new norms came into effect on May 26, the IT Ministry had turned up the heat on significant social media companies, asking them to immediately report compliance and provide details of the three key officials appointed.

02/07/2020/8:23:pm
London: During a ceremony here, Prince Harry of Britain stressed the need to remove institutional racism. In a video message shown at the 'Diana...