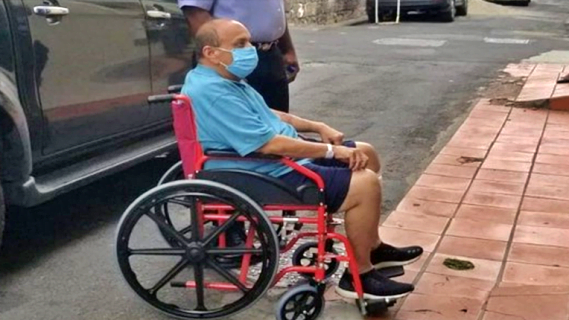 New Delhi: The legal team of fugitive diamond merchant Mehul Choksi in London has approached the Metropolitan Police under the provision of “universal jurisdiction” to request Antigua and Barbuda to investigate his alleged abduction in neighboring Dominica. is. This information was given by lawyer Michael Pollack. Pollack said Choksi was deported to Antigua and Barbuda, where he had the right to approach the British Privy Council as a citizen on citizenship and extradition matters, which is not available to him in Dominica.

Pollack indicated this but did not say that Indian agencies were involved in this. “I think the motive really speaks for itself. This is a very important thing to see. India certainly wants to try and take Choksi to India. The fact that there was an Indian plane in Dominica shows what was happening there.”

Pollack has alleged that those involved in the kidnapping rehearsed it in April. Giving details of the kidnapping attempt, Pollack said that Barbara Jabarika, who escorted Choksi to an Airbnb residence on May 23, specifically asked her owner if there was a place to park a small yacht behind her.

Reflecting on the conversation between Jabarika and the property owner, Pollack said he had discussed taking over two adjacent properties after receiving confirmation about the docking place for the boats. Pollack alleged that a property was used by his accomplices who were part of the kidnapping team.

The lawyer claimed that soon after the abduction, Jabarika left Antigua and Barbuda for Dominica in a private plane at 7.26 pm. Apart from Jabarika, Pollack allegedly named Gurdeep Bath, Gurjit Singh Bhandal, and Gurmeet Singh in the complaint. Bath and Bhandal are citizens of St Kitts respectively while Singh is an Indian national living in the UK.

09/10/2020/8:26:pm
Mumbai: The trailer of Akshay Kumar and Kiara Advani's forthcoming film Laxmmi Bomb has been released and much discussion of this trailer remains with...

Lowest increase in US population after 120 years

05/01/2021/2:08:pm
Jabalpur: Everything is not going well in the party since Jyotiraditya Scindia and his supporters joined the BJP. Senior BJP leader and former minister...