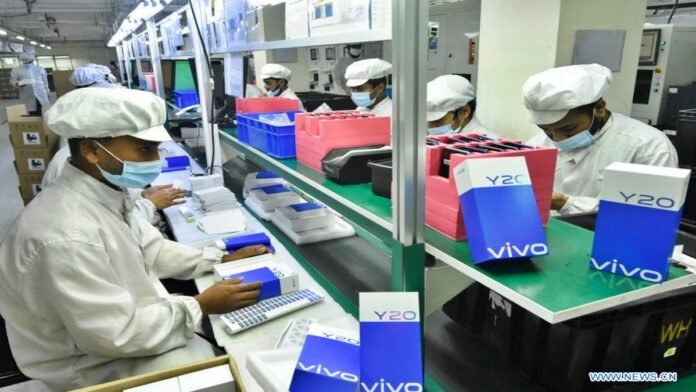 New Delhi: The Enforcement Directorate (ED) has claimed in the Delhi High Court that the attached bank accounts of Chinese smartphone company Vivo show that the company is involved in money laundering. The ED said that Vivo has carried out money laundering in an attempt to destabilize the country’s financial system.

ED said – this is not just a case of money laundering.
The agency argued in the court that the offense allegedly committed by the company was a case of ‘money laundering’……a heinous economic offense. This argument has been made on behalf of the ED in an affidavit filed pursuant to the directions of Justice Yashwant Verma.

Court had sought a response from ED
The court had sought a response from the ED in this regard on a petition by Vivo. In this petition, there was a demand to quash the order of attachment of various bank accounts of the company in connection with the money laundering investigation. The next hearing, in this case, will be on July 28. “The seized bank accounts of Vivo clearly show that the company is involved in money laundering,” the probe agency said.

The ED said in an affidavit, “It is not just a case of an economic offense. This has been done as an attempt to destabilize the country’s financial system and also threaten the integrity and sovereignty of the nation.

The probe agency said that under Section 17 of the Prevention of Money Laundering Act (PMLA), no notice or information is required to be given before search and seizure or attachment of bank accounts.

Significantly, on July 5, the ED conducted raids at several places across the country in connection with the money laundering probe against Vivo and its related companies.

How important is Mariupol for Russia, why is Putin happy?

22/04/2022/11:12:pm
Moscow: The war between Russia and Ukraine has now reached its second month and Putin wants to convert it into victory as soon as...

Japan: US support Fukushima’s radioactive water to pour into the sea; South Korea may...

13/04/2021/2:45:pm
Tokyo: Japan plans to release more than 1 million tonnes of radioactive water from the Fukushima Nuclear Station into the sea. The government gave...

21/06/2020/12:25:am
Bhopal(MP): The case of corona infection in Bhopal is increasing steadily. After Congress MLA Kunal Chaudhary, now another BJP MLA (BJP MLA) has become...

New Study From DriveWealth Reveals Secrets Into the Psychology of Retail...