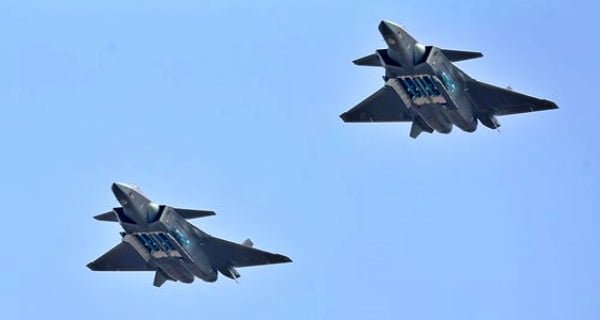 According to a report, according to India’s high-ranking sources, China has conducted an air force exercise with its fighter jets in the airspace of the LAC, it is also believed that in this exercise, China has done about two dozen fighters of its Air Force. aircraft included. These aircraft included the J-11 and J-16.

According to the report, this Chinese exercise was started from China’s own airbase in Tibet and Xinjiang province. It is reported that, along with fighter jets, the Chinese Air Force also included its air-defense system in this exercise. Although China did this exercise in its air space, but India is keeping a close eye on the LAC. According to sources, a complete detachment of MiG-29 aircraft of the Indian Air Force is stationed in Leh-Ladakh and Rafale fighter aircraft of the Indian Air Force are also regularly flying in the air-space of Ladakh.

Let us tell you that after the disengagement of the first phase between India and China on the Pangong-Tso Lake area of ​​​​the LAC, China is now trying to strengthen its hold in other disputed areas. In such a situation, the tension between the armies of both countries can increase.

05/09/2020/10:29:am
Beijing: Chinese Foreign Minister Wang Yi said on Friday that BRICS countries should work together to combat the Covid-19 coronavirus. Wang said this while...

Tonight hundreds of meteors will be seen in the sky, astronomical fireworks will be...