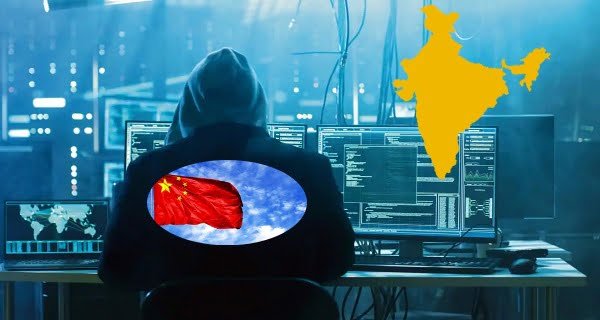 Beijing: A US-based private cyber security company has claimed a cyber attack on India’s media companies and police in China. The US company on Wednesday claimed that it has found evidence to prove that a state-sponsored Chinese group (Chinese Hackers India) has used an Indian media group as well as the police department and national identity data. The agency responsible for it was hacked. Massachusetts-based Recorded Future’s Insect Group said the hacking group, tentatively named TAG-28, used the Vinty malware.

This malware is typically shared among several state-sponsored Chinese activity groups. Chinese officials have consistently denied any form of state-sponsored hacking and say China itself is a prime target of cyber attackers. This allegation is expected to increase the squabble between the two regional giants. Relations between the two are already seriously strained over the border dispute. Insect Group said in its report that the cyberattacks could be related to those border tensions.

261% increase in activities
The organization said in its report that data recorded at the beginning of August 2021 showed that there was a 261 percent increase in the number of suspected state-sponsored Chinese cyber activities targeting Indian organizations and companies in 2021 compared to 2020. Is. According to the report, between February and August, four ‘IP’ addresses given to Bennett Coleman & Co Ltd Media Company along with two Vinty servers were traced.

UIDAI has also been targeted
The group said it also identified hacking at the Unique Identification Authority of India (UIDAI) in June and July. It said that about 10 megabytes of data was downloaded and 30 megabytes of data was uploaded. The UIDAI, however, told the AP that it was not aware of the “violations of the nature mentioned”.

Biden and Ashraf Ghani will meet on June 25 amid the reduction in Us...

21/06/2021/9:35:pm
Washington: US President Joe Biden with President Ashraf Gani of Afghanistan and Dr. Abdullah Abdullah, President of the High Council for National Reconciliation. Will...

06/10/2021/2:57:pm
Mumbai:  The iconic Bappi Lahiri has had a multitude of his biggest hits with Saregama – India’s biggest and oldest music label. It shares a special...

28/08/2021/9:16:pm
New Delhi: The Delhi High Court on Friday sought a response from the Center on petitions filed by Facebook and WhatsApp challenging the IT...