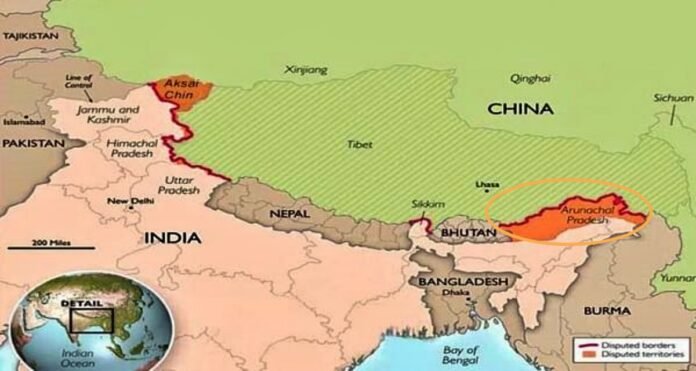 New Delhi: Amidst the tension on the Line of Actual Control (LAC), the activities of China have once again raised the concerns of India. It is reported that the People’s Liberation Army (PLA) has carried out construction work across the Eastern Ladakh Sector. China is continuously increasing its military strength on the LAC. It is being said that compared to the last winter, the neighboring country is in a better position in many respects including living arrangements, road connectivity.

The report of news agency ANI quoted sources as saying that in the recent talks between the two countries, India had expressed concern over the construction in the Eastern Ladakh sector. According to the report, sources say that China is preparing new highways and connectivity roads, new bases near the LAC, which are major reasons for India’s concern. Along with this, China has also deployed many weapons including missiles in huge quantities.

Sources say that China is widening highways and building new airstrips away from its main bases in Kashgar, Gar Gunsa, and Hotan, due to which these changes on the border are important for India. Sources said that China is also making preparations for its air force and army in many places, including the interior so that they can be protected from American and other satellites.

According to the agency, sources said rockets and missiles have been deployed in the Tibet Autonomous Region controlled by the PLA. Along with this, China has also increased the number of drones for surveillance in the area.

What is India’s preparation?
According to the report, sources said that India’s preparation is also stronger than last year. Along with this, the country has deployed all the necessary things to deal with the difficulties in the region. India has sent Pakistan-focused armed forces to the high-altitude border area, where artillery can operate in the icy desert.

Tension continues between the two countries over the border. At the same time, security forces are present in large numbers in the entire Eastern Ladakh region. Apart from this, special measures are also being taken to face the difficult situation related to the weather. The Indian Air Force is also working continuously to store logistics for the next 6 months.

31/07/2021/9:34:pm
Fort Lauderdale (USA): The Florida Health Department said on Friday that the number of coronavirus cases in the state has increased by 50 percent...

20/08/2020/10:10:pm
New Delhi: The Parliamentary Standing Committee on Information Technology has summoned Facebook on September 2. The committee has asked Facebook to appear in the...

08/09/2020/11:11:pm
Bengaluru: The launch of Prestige Waterford in Whitefield, Bengaluru, signifies the real estate developer’s journey back on the growth trajectory in the post-Covid marketThe...

Now in Sri Lanka, there will be a ban on the burqa, know why...