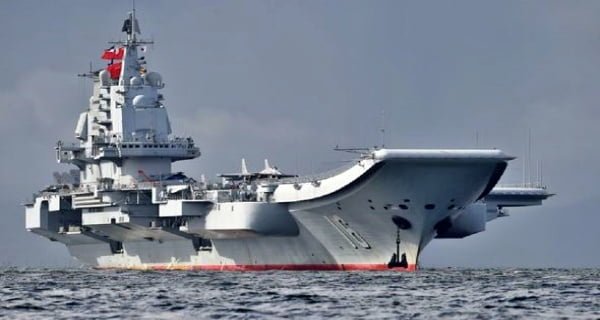 Beijing: The Dragon has retaliated on the US Navy challenging the Chinese Navy in the South China Sea. China has landed 4 deadly warships near an island in Alaska. All these Chinese warships were present in the Exclusive Economic Zone of America. The US Coast Guard itself has confirmed this by releasing its pictures. It is being told that this incident of the Chinese Navy going to Alaska is in August but now it has been revealed.

The US Coast Guard has made this disclosure at a time when Hu Shijin, editor of China’s state-run newspaper Global Times, criticized the activities of the US Navy in the South China Sea. Also warned that the People’s Liberation Army of China can also carry out similar activities against America.

These pictures of Chinese warships were taken on 29 August and 30 August. It was written in its caption that these pictures were taken in the US Exclusive Economic Zone near the Aleutian Islands in the International Maritime Zone. It is not yet clear whether Chinese warships are present in the US Exclusive Economic Zone near Alaska. What kind of Chinese warships they were, is not immediately confirmed. Although the caption read, ‘Guided-missile cruiser, a guided-missile destroyer, a spy warship, and an auxiliary ship were present.’ However, now the caption of these pictures has been mysteriously removed from the website.

Earlier, China had deployed fighter jets on artificial islands. Tension in the area has increased significantly due to the ongoing war counterattack between China and America. China claims almost the entire South China Sea, including the Spratly Islands. At the same time, many of its maritime neighbors, including the Philippines, Vietnam, Malaysia, and Brunei, have also made competing claims to the islands and reefs of the South China Sea. The ring-shaped Mischief Reef is located about 250 km off the Philippines coast. Controversy has increased between America and China regarding this.

In 2017 it was reported that China had built several military installations on the Spratly Islands, including Mischief Reef, to effectively bolster its claim. Experts believe that China is militarizing the South China Sea by showing the threat of American aircraft. For this reason, he is deploying more fighter jets on Woody Island.

23/06/2020/10:48:pm
Bhopal: In Madhya Pradesh, the state government has decided to promote all the college students. It has been decided to provide admission to all the...