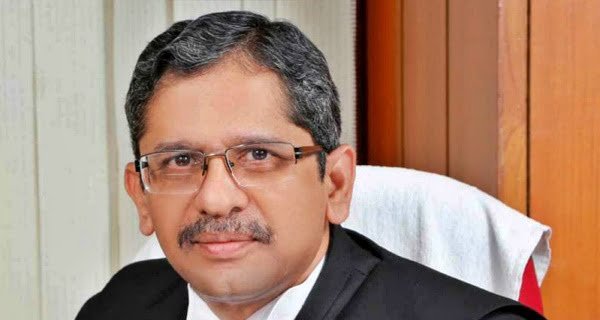 New Delhi: Chief Justice (CJI) NV Ramana has expressed concern about the justice system of the country. Questions have always been raised about the delay in getting justice in the country’s judicial system, but this time Chief Justice of India Justice NV Ramana has expressed his concern about other shortcomings of the judiciary. CJI Ramana has said that our judicial system belongs to the British era and it needs to be Indianised.

CJI NV Ramana, who arrived to pay tribute to Justice MM Shantanagoudar of Karnataka State Bar Council, said that the justice system of the time of slavery is going on in the country even today. Which is probably not good for the country in today’s time. CJI Ramana asserted that the present working style of the courts on India’s problems does not fit anywhere.

CJI Ramana said that the villagers do not understand the legal proceedings in English inside the court. This is the reason why it costs more money in any case. He said that the work of the judiciary should be such that the common man should not have any kind of fear from the court and the judge.

Court proceedings should be transparent
CJI Ramana said that the most important place in the judicial system belongs to the person who filed the case. Court proceedings should be completely transparent and accountable. It is the duty of the judges and lawyers present in the court to create such an environment in the court premises so that no one is afraid to come to the court.

Heat in North-West America increased, temperature above 100 degrees Fahrenheit recorded in the day

28/06/2021/9:24:pm
Portland: Day temperatures are being recorded in excess of 100 degrees Fahrenheit due to a heatwave affecting the Pacific Northwest region, which the National...