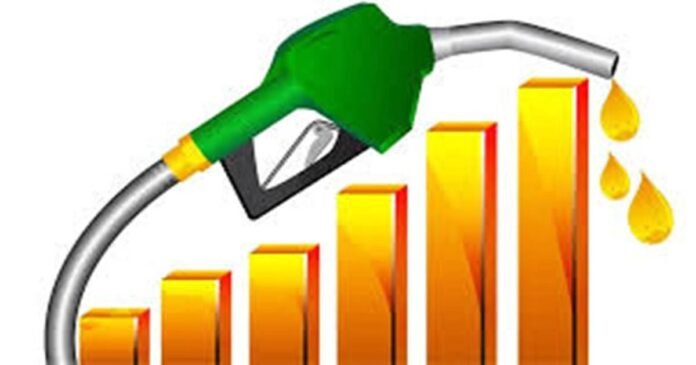 New Delhi. Congress party leader Kapil Sibal fiercely targeted the Modi government on Saturday 13 June over the increase in petrol and diesel prices. He said that the government has not given the benefit of reduction in the price of crude oil in the international market to the common people, but is increasing the tax and looting the public. He said that the highest tax is being levied on petrol diesel in developing countries.

Sibal said that the prices of petrol and diesel are very low in the international market and the central government is continuously making a profit from this, but instead of giving the people a share of the benefits from oil, petrol prices are being looted by increasing the price of petrol. Senior Congress leader Kapil Sibal said in a press conference here on Saturday that the government is making huge profit from fuel.

To increase its profit continuously, oil prices are being increased for the day to come. Due to increase in the price of oil, the prices of all commodities rise and the common man is suffering from inflation for this reason.

He said that the government is saving lakhs of crores of rupees from oil and industrialists are being benefited, but the public is being looted by increasing the price of oil. He said that the rate of petrol in Delhi was 71 rupees 41 paise in May 2014, which has increased to 75 rupees 16 paise per liter in June this year, which means that the price of petrol has increased by more than five percent.

The point to note is that in 2014, the price of crude oil in the international market was $ 106 per barrel, which has fallen to $ 38 per barrel today. This means that the government is earning from oil and common people are being looted. The government is collecting record tax from oil and attacking people’s pockets.

Sibal said that the maximum tax on fuel in India is 69 percent and this rate of tax is not only much but much higher than the developed and developing countries in the world. This rate should have been reduced because more than 80 crore population is poor here.

Sibal said that in countries like Bangladesh, Pakistan, Nepal, Afghanistan, fuel prices are much lower than in India. The government is putting a burden on the poor of the country and making a dent in their earnings. He said that the government does not have the means of income. The government has reduced its earnings by giving relief to the corporate houses in taxes and now it has no means of earning, hence it is robbing the public and raising the price of petrol.

Nirav Modi case: India is friendly country, flaws should not be found in India’s...

13/10/2022/9:31:am
LONDON: The London High Court on Wednesday said that India is a friendly country and the UK should not find fault with the Indian...

Earthquake in Jammu and Kashmir and Kolhapur in Maharashtra, no casualties

26/08/2022/9:09:am
New Delhi: According to the big news coming from Jammu and Kashmir, tremors of an earthquake have been felt here late Thursday at around...

01/09/2020/8:05:pm
London: Schools and colleges that had been closed since March finally reopened on Tuesday due to a lockdown imposed to deal with the global...

20/07/2022/10:26:am
New Delhi: The war that started between Russia and Ukraine has been going on for 5 months. America stands together to help Ukraine battle....

03/07/2020/7:30:pm
Paris: The French presidential office said on Friday shortly after Edward Philippe's resignation as prime minister amid a possible reshuffle in the government that...

IRDA’s big decision! Corona kavach will also be sold as a...