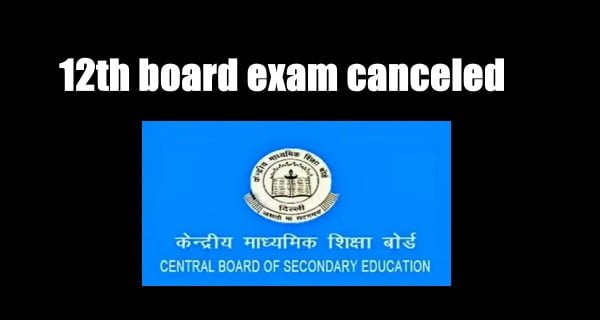 New Delhi: Due to the second wave of Coronavirus in the country, CBSE Class 12th examinations have been canceled. This decision was taken in a meeting held under the chairmanship of Prime Minister Narendra Modi regarding the examination. Apart from Union Information and Broadcasting Minister Prakash Javadekar and Union Defense Minister Rajnath Singh, the Secretary of School Education and Higher Education of the Ministry of Education attended this high-level meeting regarding the conduct of CBSE examinations amid the outbreak of the epidemic.

The meeting was also attended by the chairman of CBSE. In this meeting, the Prime Minister was informed of all options for conducting the examination. However, after the meeting, it was concluded that it would not be right to conduct CBSE 12th examination during the Corona period. After this, it was decided to cancel these examinations. Later, whenever the examination will be conducted, the parents of the children will be informed about it.

Arvind Kejriwal had demanded to cancel the examination
Due to the outbreak of Coronavirus, there was a constant demand to cancel the board examination. In this regard, Delhi Chief Minister Arvind Kejriwal also wrote a letter to the Prime Minister. At the same time, it was demanded that keeping in mind the concern of the parents of the children, this year should also be assessed on the basis of performance like last year. Welcoming the decision to cancel the examination, CM Kejriwal said, ‘I am happy. That the 12th exam has been canceled. We were all very concerned about the health of the children. Big relief.

Along with this, about 300 students had written a letter to the Chief Justice of the Supreme Court and appealed to cancel them by taking suo motu cognizance of the conduct of the examination. The students said that conducting the examination in the midst of this epidemic was a risky act not only for the students but also for their family members, teachers, and other staff.

Iran-US dispute can be resolved, indirect dialogue constructive and practical: US

09/04/2021/9:27:pm
Washington: America said that constructive and practical talks have been taking place in Iran with Iran for the last few days in Vienna. The...

04/09/2020/8:36:pm
New Delhi: Kenichi Ayukawa, managing director and CEO of Maruti Suzuki India, said on Friday that the Indian auto industry is going through the...

India Says China Amassing Large Contingent of Troops along LAC Since May in Violation...

25/06/2020/7:38:pm
New Delhi: The Ministry of External Affairs (MEA) on Thursday said China has deployed large numbers of troops and weapons along the mountainous border...

Outbreak of Covid-19 increased, no place left for burial of dead bodies

03/01/2021/11:30:am
Los Angeles: In America, due to Coronavirus, the situation is getting worse from the bad. The outbreak of the virus has increased so much...

Mira found perfect spot to get a photo clicked in...