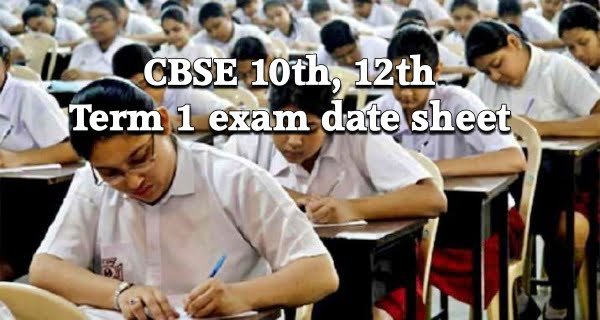 New Delhi: CBSE Term 1 Board Exam Dates: Central Board of Secondary Education CBSE has released important details regarding the 10th 12th Board Term 1 exam. CBSE said that the date sheet for the examinations will be released on October 18. The board said that the examination of major subjects will be conducted later while the examination of minor subjects will be conducted first. Along with this, the board has also given information about the duration of the examination. According to which the exam will be of 90 minutes. The exam will start at 11:30 instead of 10:30, in which 15 to 20 minutes will be given to read the paper.

As per the notice issued by CBSE, the practical examinations will be conducted before the term examination. The final results will be released after the second session examination. Let us inform you that this year the board has divided the academic session into two parts in which about 50% of the syllabus has been included in each session.

CBSE Term 1 Board Exam Dates: The exam will be in two parts
Let us inform you that this year CBSE had decided to divide the 10th and 12th board examination into two parts in view of the corona epidemic. In which 50 percent syllabus was included in each part. Earlier, the board had announced to conduct the Term 1 exam from November 15 while the Term 2 exam would be conducted in March-April.

05/10/2020/10:12:pm
Mumbai: Bollywood's famous singer Neha Kakkar is in the news due to her melodious voice. But, this time she is making headlines about her...

America’s warning to India on Russia’s help – It is not in your interest...

05/04/2022/10:43:pm
New Delhi: After the attack on Ukraine (Ukraine-Russia War), Western countries including America imposed many strict sanctions on Russia and banned the import and...