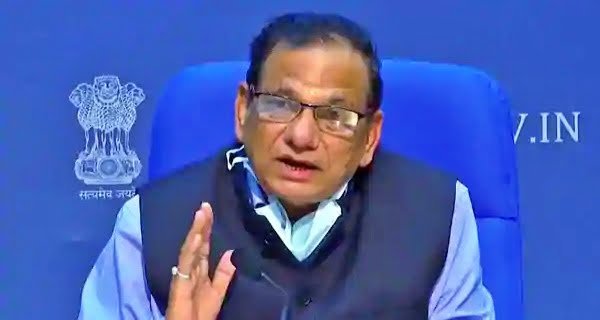 New Delhi: The vaccination program in the country is starting very fast. So far, about 180 million people have received their first dose of the vaccine. In the meantime, many questions have arisen regarding the vaccination of the vaccine. For example, two different vaccines can be administered to one person. On Saturday, while answering the same question, Health Member of the NITI Aayog, Dr. VK Paul said, “It is possible but there is no scientific evidence yet.”

In a press conference organized by the Union Ministry of Health, Paul said, “You asked me if a person could get a vaccine differently than the vaccine received in the first dose.” Scientifically and theoretically possible. But recommending this is an emerging situation. There is no strong scientific evidence. Only time will tell.

Things are under control
The NITI Aayog member said, “The epidemic is stabilizing in a large part of the country. Positivity rates are decreasing and active cases are decreasing. “

Children are also not safe from Corona
Amid concerns over a possible third wave of the coronavirus epidemic, the center said the children are not safe from infection, but the impact is minimal. NITI Aayog (Health) member Paul said, “If children are affected by Kovid, there will either be no symptoms or at least symptoms. They do not usually require hospitalization. ” .

Farmers’ organizations announced, to hold sit-in demonstrations across the country on December 14

09/12/2020/6:04:pm
New Delhi: Farmers' organizations held a press conference amid protests over the agricultural legislation. Farmer leaders said during the press conference that the movement...

After failing 33 times in 10th standard, the 51-year-old said ‘Thanks’ to Corona