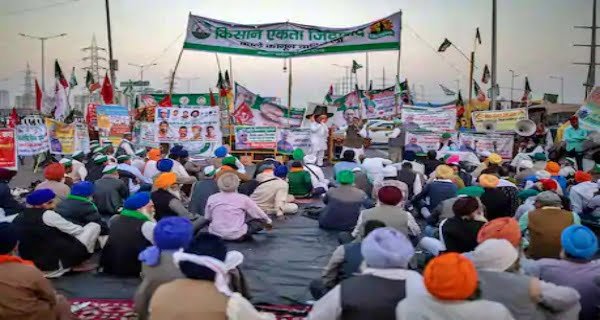 New Delhi: After the success of India Trade Bandh organized by the Confederation of All India Traders (CAIT) on 26 February, now CAT will continue its movement to all the states of the country from March 5 to April 5 on the issues of GST and e-commerce. Has announced CAT has said that both these issues are directly related to the 8 crore traders of the country and until the logical resolution of both these issues is reached, this movement of traders will continue throughout the country. At present, traders across the country are badly plagued by the provisions of GST and the constant arbitrariness of foreign companies in e-commerce and will now either get their problems resolved or they will be forced to close their business.

What has CAIT said?
CAT National President BC Bhartia and National General Secretary Shri Praveen Khandelwal informed that a video conference held today in which more than 275 prominent leaders from all the states and union territories of the country participated and decided unanimously because on these two issues where A direct question will be done to the central government, while not all the state governments of the country can escape their responsibilities. Kat alleged that the state governments have left no stone unturned to distort the very simple laws and rules of GST due to their interests and their dogma, hence now a comprehensive and aggressive campaign to surround all the states of the country on these issues Will go.

Demand for improvement in e-commerce policy and GST
In this context, CAT has urged Union Finance Minister Nirmala Sitharaman that since she is the President of the GST Council, she should also start talks with CAT immediately about the distorted nature of GST. On the other hand, praising the efforts of Union Commerce Minister Piyush Goyal on the issue of e-commerce, CAT has urged them that on the large scale, foreign e-commerce companies are still grossly violating the rules and laws of the government. In order to rein in the FDI policy, a new press note should be issued, removing the shortcomings in press note 2, and the e-commerce policy should also be finalized and issued.

Elections are going on in 5 states in the next few months and as a vote bank in all the states, the trading classes can lead to the victory of any party on the strength of their numbers, hence this decision of CAT is political for all parties. Can be harmful! In such a time, the slogan of the traders can prove to be costly for anyone.
Will celebrate agitation month

Bhartia and Khandelwal told that in the next phase of CAT’s national movement on GST and e-commerce, from March 5 to April 5, business organizations across the country will celebrate as “movement mass” under which more than 40 thousand merchant organizations of the country will GST And on the issue of e-commerce, the memorandum will be given to the collectors of all the districts in the name of Governor, Chief Minister, Finance Minister, Principal Secretary (Finance), GST Commissioner and Chief Minister. Along with this, he will also give his memorandum to the president of all national parties and state level parties.

Innominds Partners with Haptik for Powering Digital Next Initiatives

Oil prices rise for the 8th consecutive day, petrol crosses 100 in Indore, near...

16/02/2021/9:55:am
New Delhi: Where despite the rise in inflation and the constant threat of a strike by transporters, the established oil companies are not ending...

31/07/2020/10:39:am
New Delhi: The University Grants Commission has justified the decision of conducting final year and final semester examinations in the end of September and...