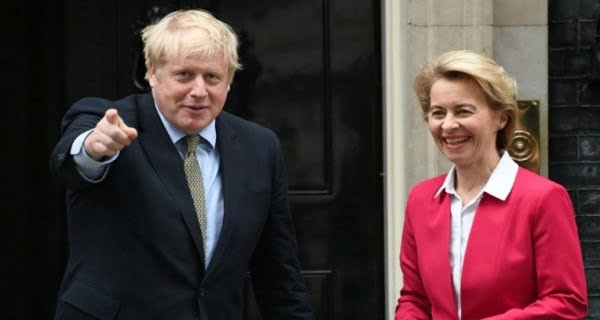 Officials said, “British Prime Minister Boris Johnson and European Union President Ursula von der Leyen will review the FTA negotiations on Saturday and consider further steps.” There has been little progress on the FTA since Britain split from the European Union at the end of January. Both sides agreed that if we have to finalize this agreement before the completion of the Brexit transition period, there is very little time left for it.

JP Nadda announces BJP’s new team after 8 months, know who got what

02/10/2020
Ahmedabad: Sarvadharma prayer meeting was organized at Sabarmati Ashram on Friday on the 151st birth anniversary of Mahatma Gandhi, the Father of the Nation....

Ayodhya Mosque Likely to be Named After Maulvi Ahmadullah Shah

25/01/2021
Ayodhya: The proposed mosque in Ayodhya that is set to be built following the Supreme Court verdict in the Babri Masjid case may be...

Indian T20 League 2020 on FanFight: The Most Happening Fantasy Cricket App in India

10/11/2020
The Indian T20 League 2020 has come to an end. FanFight’s consistency and reliability has grabbed the attention of millions of subscribers throughout the...