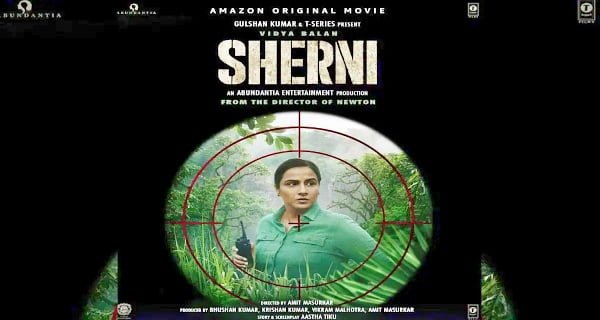 The picture halls may be closed, but there is an option left for the filmmakers to release it on the OTT platform. After Salman Khan’s film ‘Radhe’, a tremendous film is going to be released across the country in the same way. The trailer of Vidya Balan’s film Lioness has been released and with this, more than one comment has started coming on social media. The film is scheduled to release on June 18 on Amazon Prime, in which Vidya Balan will be seen searching for a tiger in the jungles.

Vidya Balan’s film ‘Lioness’ has come into tremendous headlines with the release of the trailer. Actors like Vidya Balan, Sharat Saxena, Mukul Chaddha, Vijay Raj, Ila Arun, Brijendra Kala, and Neeraj Kabi are going to be seen in important roles in this film. In the film ‘Lion’, Vidya Balan is playing the role of a forest officer, who is trying to save the people of the village from the man-eating tiger. During this, she is also fighting with many such people of society who are trying to humiliate her. At the same time, Vidya Balan also has to be a victim of the thinking of men, who repeatedly raise questions about her ability. If you want to watch the trailer, watch it here –

On the occasion of this trailer launch, Vidya Balan said – ‘Ever since I first heard the story of the lioness, I have found the world more attractive and beautiful. The film deals with a sensitive subject that touches on respect, mutual understanding, and co-existence not only between human-animals but also between humans.’ It is difficult to tell how successful the film will be, but the trailer of this film has been covered on social media as soon as it is released. Some fans are telling the film worthy of Oscar just after watching the trailer.

You can easily play Battlegrounds Mobile India on the phone, get the link to the beta version here

Now this Bollywood artist will take fees in cryptocurrency, know the reason