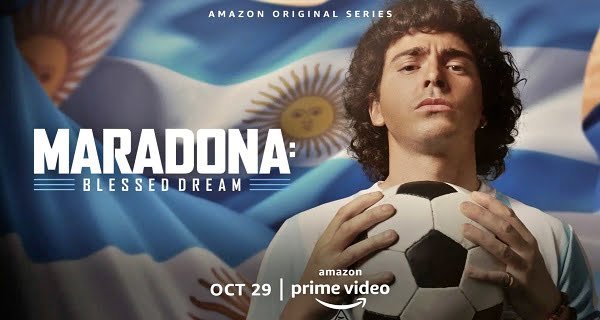 A year after the death of one of the world’s greatest football players, the opening part of a biopic series based on the life of Diego Maradona, before being broadcast on Argentine TV The premiere took place at the Juniors Stadium here. This is the same stadium where El Diaz (Maradona) began his professional career in the mid-1970s.

The biopic series titled ‘Maradona: Blessed Dream’ was endorsed by Maradona himself before his death on 25 November 2020. Produced by Amazon Prime Video, the series will be fully available on the streaming platform in over 240 countries starting Friday. This Saturday marks the 61st birth anniversary of Maradona. He had signed the contract for this biopic series in 2019.

Maradona died of heart failure last year during a ‘home stay’ on the outskirts of Buenos Aires. Seven health professionals were charged with alleged medical negligence in this case. The investigation of this matter is on.

RCB bowler, who was bought for 15 crores, broke the bat with his...

Corona will not end this year, IPL organized in another country: Sourav Ganguly