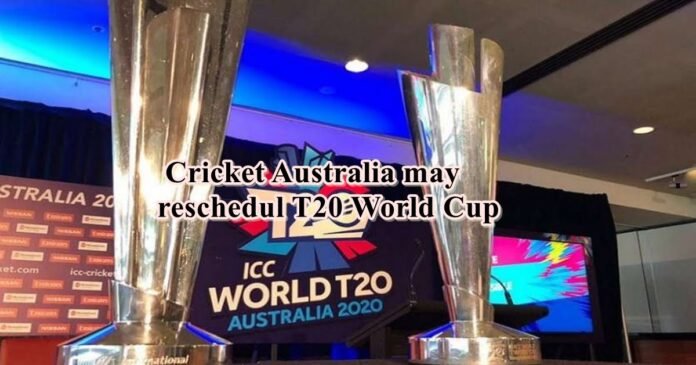 Melbourne: If there is no T20 World Cup to be held in Australia at the end of this year, then the IPL will happen during this time. It is almost fixed now. While the ICC has not yet cleared the picture regarding the T20 World Cup, Cricket Australia is constantly indicating that it could not be done. Although cricket Australia has not yet been explicitly denied, but the statements are coming out, it seems that there is no possibility of World Cup there. But during this time India also has to visit Australia. Now the latest news is that if the T20 World Cup is not held, then Australia’s tour of India will also be postponed. It is possible that during this time in India, there is an IPL, only after the IPL, the Indian team visits Australia. Although there are many but different things in this whole story, the picture has yet to be cleared.

Cricket Australia (CA) chairman Earl Eddings has said that the proposed T20 World Cup in Australia in October-November this year amid the Kovid-19 epidemic is beyond reality. This statement by Eddings has also affected the three-match T20 series proposed between India and Australia in October. In such a situation, given the IPL, the BCCI is optimistic that rescheduling the T20 series schedule will not be an issue. A BCCI official said on Tuesday that if the T20 World Cup were indeed canceled, the board would definitely use that window to host the Indian Premier League (IPL). Also, a three-match series against Australia can be planned in such a way that it can happen before the Test series against Australia or after the ODI.

The BCCI official said, “If the T20 World Cup does not happen, as it seems then it would not be practical to visit Australia in October. Then we can tour after the IPL, if the IPL is actually held during that period.” . He said if IPL does not happen then it will affect the Future Tour Program (FTP). As far as India is concerned, the BCCI will have to ensure revenue so that domestic players can earn money this year. This is a scenario related to India only. Other boards also have their issues.

CA Chairman Eddings has already said that the proposed T20 World Cup in Australia in October-November this year amid the Kovid-19 epidemic is beyond reality. The ICC T20 World Cup is scheduled to be held in Australia between 18 October and 15 November this year, but due to the Kovid-19 epidemic, its event is under threat. Eddings told reporters via video conferencing on Tuesday, “officially, this tournament has not been postponed or canceled for this year.” He said, we are trying to bring 16 countries to Australia, in which most cases of corona virus are still increasing. In such a situation, I think it is beyond reality or it is going to be very, very difficult.

07/09/2021/8:48:pm
Mumbai: The danger of corona is increasing continuously in Maharashtra. Due to which there is a possibility of the arrival of the third wave...

30/07/2022/9:37:am
Birmingham: The Indian women's cricket team lost to Australia in their Commonwealth Games debut here, while the country's badminton players and table tennis players...

Ganapati Bappa’s farewell today, BMC has made preparation for Mumbaikars

Trailer of ‘Indiana Jones and the Dial of Destiny’, 5th film...