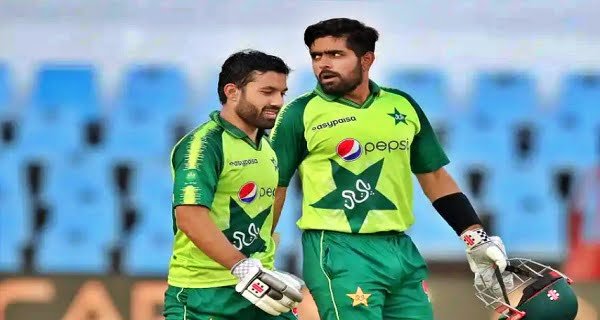 Pakistan captain Babar Azam scored 70 runs in the match. He faced 49 balls and hit 7 fours. He scored more than 50 for the 14th time in T20 International as captain and left behind Virat Kohli. Kohli did this 13 times. Babar has scored a century in T20 Internationals while Kohli is waiting for his first century. Babar has played half-century in 3 out of 4 matches of the current T20 World Cup.

Rizwan first player to score 900 runs
Pakistan wicket-keeper batsman Mohammad Rizwan has become the first batsman in the world to score 900 or more runs in a calendar year of T20 Internationals. He has done this in 2021 with the help of one century and 9 half-centuries. Pakistan’s team has not lost a single match in the current T20 World Cup and has won all 3 matches. If the team wins against Namibia, then it will reach the semi-finals for the record 5th time.

Babar overtakes Malik and Warner
Babar Azam became the 8th batsman in the world to score more than 2400 runs in T20 Internationals. He has scored 2402 runs in 60 innings at an average of 48. He has scored one century and 23 half-centuries. He left behind Shoaib Malik (2380) and David Warner (2345) of Australia. Rizwan remained unbeaten on 79 runs in the match. He faced 50 balls. Hit 8 fours and 4 sixes. Pakistan has made a big score of 189 runs for 2 wickets.

What is the real secret of Shivling, why is Shivratri celebrated?

10/03/2021/10:18:am
Lord Shiva, Lord Adiva, appeared as Jyotirlinga for the glory of millions of suns on the night of Falgun Krishna Chaturdashi. For this reason,...