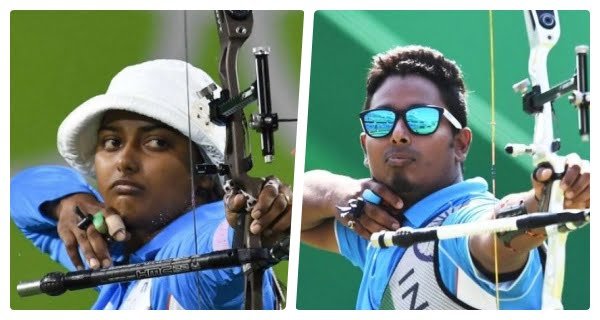 Tokyo: India made a stellar start in the archery team event of the Tokyo Olympics on Saturday as the pair of Deepika Kumari and Praveen Jadhav defeated Chinese Taipei to enter the quarter-finals of the mixed doubles category.

Indian team after losing the first set by one point had to win the third set in any case. Jadhav and Deepika, playing together at the international level for the first time, did no wrong.

He played this match against Lin Chia An and Tang Chin Chun 5 . Won by 3. Now he will face the winner of the match between South Korea and Bangladesh. The mixed doubles archery event is being played in the Olympics for the first time.

It is to be known that amidst the Corona epidemic and a colorful program, the Olympics, which is called the Great Kumbh of the Games, began on Friday in Tokyo, the capital of Japan. The lack of glare that usually happens this time, however, was clearly visible. But through laser technology, every effort was made to overcome its deficiency. After the postponement of the Olympics for a year due to Corona, finally, amidst all the doubts, the opening ceremony was held at the Tokyo Olympic Stadium this year without spectators.

Redmi Note 10 Pro Max is best in the price range of less than...

27/09/2020/12:54:pm
London: Thousands of people gathered at Trafalgar Square on Saturday to join a 'we don't agree' rally to protest against restrictions aimed at preventing...