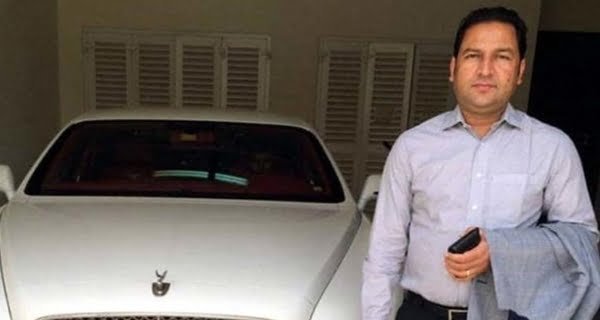 Jaipur: In the midst of the ongoing political crisis in Rajasthan, an audio has gone viral about the downfall of the Gehlot government. In this case, the Special Operations Group has arrested Sanjay Jain, a hotelier from Jaipur.

After Sanjay Jain’s arrest, senior BJP leader Manikchand Surana, while clarifying this, has described the viral clip as fabricated. On behalf of Surana, Surendra Singh Shekhawat said, Sanjay Jain has nothing to do with the former finance minister. At the same time, Sanjay Jain has no information about this case.

The BJP has dubbed those ‘audio clips’ concocted on Friday, citing that the Congress is accusing the saffron party of trying to topple its government in Rajasthan. The BJP said that the Congress was in despair over being unable to maintain its home. BJP spokesperson Sambit Patra mentioned that Congress chief spokesperson Randeep Singh Surjewala had said soon after Sachin Pilot’s rebellion that “if a house contains utensils, they ring.”

He said, “Congress is trying to suppress the sound of these utensils with concocted audio. Patra said, “The Congress is blaming the BJP for not running its house, but the truth is known to the public.” It is noteworthy that the Congress on Friday demanded the arrest of Union Minister and BJP leader Gajendra Singh Shekhawat and rebel MLA Bhanwarlal Sharma.

In fact, two ‘audio clips’ related to the plot to topple the state’s Ashok Gehlot government have been revealed. Surjewala targeted the central government, alleging that he was busy toppling the Congress governments during the corona virus epidemic. At the same time, Union Minister Shekhawat dismissed the allegations leveled against him and said that he does not have a voice in these audio recordings and he is ready to face any investigation.

03/12/2021/11:06:pm
New Delhi: After two cases of Omicron in the country came to light from Karnataka, the state government has started taking precautionary measures. The...

Western countries are responsible for deaths’, President Zelensky said – these countries failed to...

08/03/2022/11:05:pm
Kyiv: President Volodymyr Zelensky has blamed Western countries for the destruction of Ukraine in the war. According to Ukrainian media group Kyiv Independent, President...

05/07/2020/5:15:pm
Bhopal: BJP MLA Rameshwar Sharma has been appointed as the Protem Speaker of the Madhya Pradesh Assembly. The Governor has appointed him as the...

Four conditions… and the war will end! Russia proposed to Ukraine

08/03/2022/9:42:am
Moscow: Russia has put forward four conditions to stop the ongoing attacks in Ukraine (Russia-Ukraine War). At the same time, Moscow has said that...

Bengal: Now the picture of CM Mamta will be seen on...