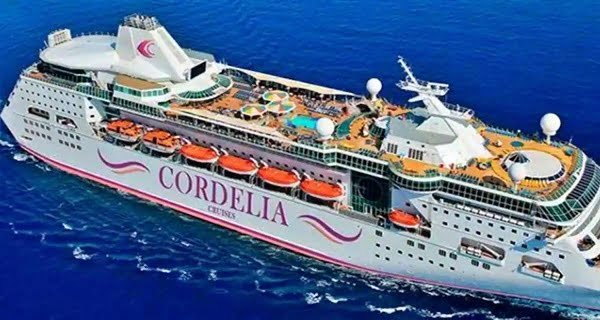 Mumbai: So far 16 people have been arrested in the Mumbai cruise drugs case. This information was given by Sameer Wankhede, Mumbai Director of Narcotics Control Bureau on Wednesday. Along with this, he also told that the angle of Bitcoin has also come to the fore in the matter. At present, the investigation of the case is going on. On October 2, the NCB took action in the party going on the cruise, after which the drugs were seized from the spot by the authorities. Aryan Khan, son of Bollywood superstar Shahrukh Khan, was also detained by the NCB.

According to news agency ANI, while talking to reporters, Wankhede said, ‘A total of 16 arrests have been made in the case, the investigation is going on. Found some links (linked to bitcoin), but can’t share them right now. This will hinder the investigation. On Wednesday, a Mumbai court sent four more people arrested in the drug case on the cruise to NCB custody till October 14.

Aryan Khan, Arbaaz Seth Merchant, Munmun Dhamancha, Vikrant Choker, Ishmeet Singh, Nupur Sarika, Gomit Chopra, and Mohak Jaiswal were produced in Mumbai’s Esplanade Court on Monday. From here Sabi was sent to NCB custody till 7 October. According to Wankhede, 8 people were taken into custody for questioning in the drugs case. All were arrested on 3 October.

Advocate Satish Manshinde, appearing in the court on behalf of Aryan Khan, had said, ‘Accused No. 1 Aryan Khan was invited for the cruise party. However, he did not have a boarding pass. They didn’t have any seats or cabins there. Secondly, as per the seizure, nothing was found from them. He was arrested on the basis of chat only.

26/12/2022/9:39:am
Taipei: Corona (Covid Crisis in China) continues to wreak havoc in China. There are long queues from hospitals to crematoriums. Death is creating havoc...

James Webb Telescope after 33 Years, Captured Neptune and its Rings

22/09/2022/3:27:pm
New Delhi: Neptune is majestic. Neptune has rings. Neptune also had a photoshoot. NASA recently shared the first-ever image of Neptune and its rings...

16/11/2020/10:43:am
London: More than a third of the Labor Party's British Muslim members claim to have 'Islamophobia' in the ranks of Britain's opposition party. A...

The Future of Food With SIAL Insights And SIAL Innovation

Commercial Real Estate to Explode in Delhi-NCR in 2023

Bhuvneshwar Kumar made world record in very first over, big...